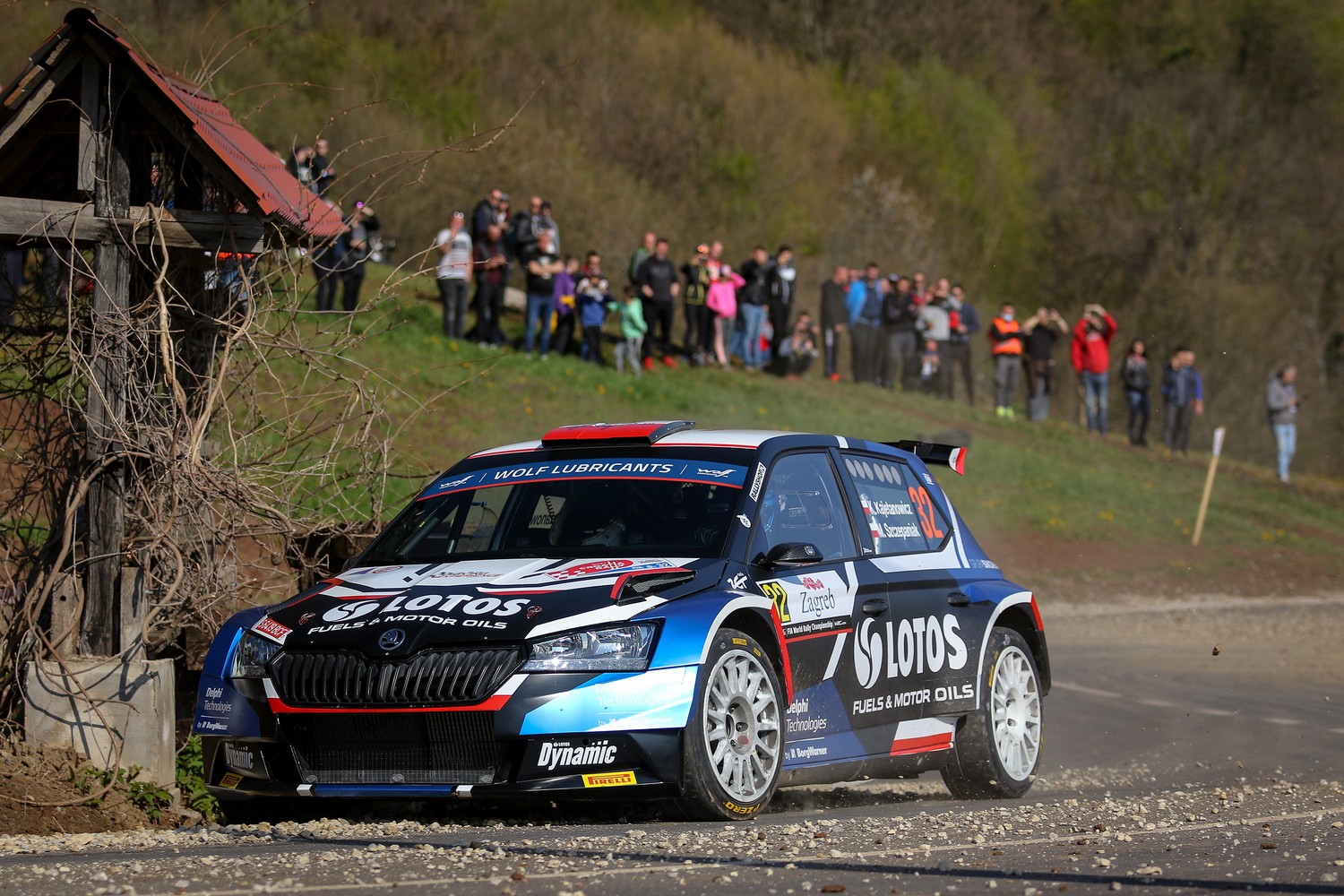 Spanish challenge for Kajetanowicz. The penultimate round of the 2021 World Rally Championship gets underway on Thursday!

56th edition of Rally de España takes place this weekend. Kajetan Kajetanowicz, co-driven by Maciej Szczepaniak, tackles this event for the third time in his career. The LOTOS Rally Team duo, boosted by three wins in this year’s campaign, aim to score as many points as possible in order to take the championship lead.

The 2021 season is playing out perfectly for the Polish crew, fighting for the WRC-3 championship. Kajetanowicz won three out of five contested events, recorded four podium finishes and scored points in every rally. After his victory in Acropolis Rally, Kajto trails the championship leader Yohan Rossel by 15 points – but the Frenchman has competed in six rallies. The points tally and current form of Kajetanowicz look very promising when it comes to his championship hopes but the ultimate success depends on the result of two final rounds of the season.

This year’s Rally de España is a bit different to the previous editions. It is an all-tarmac event now – contested on very grippy asphalt, often compared to racing circuits. However, the grip levels will be affected by dirt appearing on the roads. The key to success on the twisty Spanish stages is to stay alert and to drive smoothly. Kajetanowicz will fight for victory against thirteen other WRC-3 crews, including Chris Ingram, Emil Lindholm and local drivers, such as Pepe López and Jan Solans.

– We have completed our final preparations ahead of Rally de España. We are already in Catalunya, where we checked the car set-up which we had prepared before arriving here. Now it is time for two days of recce and on Thursday we start our fight for victory at full revs. This year we compete only on asphalt, so this edition is different to the previous events in which I competed. Together with the whole team, we are ready for this challenge. I think it will be crucial to find a proper feeling right from the beginning. I expect small gaps between the crews, so good pace at the start might bring some advantage. We compete against fast drivers but I am sure that we can do our best, showing our strong, competitive heart

The Spanish classic starts on Friday, with Vilaplana (20.00 kms), La Granadella (21.80 kms) and Riba-roja (14.21 kms) stages scheduled for the opening day. After service break the crews will complete the same set of stages. Saturday’s leg is the longest, with 117.45 kms to cover. It consists of seven stages: two runs of Savallà (14.08 kms), Querol-Les Pobles (19.17 kms) and El Montmell (24.40 kms) stages, with 2-kms Salou test to finish the day. The final leg takes place on Sunday, with Santa Marina (9.10 kms) and Riudecaynes (16.35 kms) tests – the second run of the latter one at 12:18 is run as the bonus-points Power Stage. The whole route of Rally de España covers 280.37 competitive kilometres.