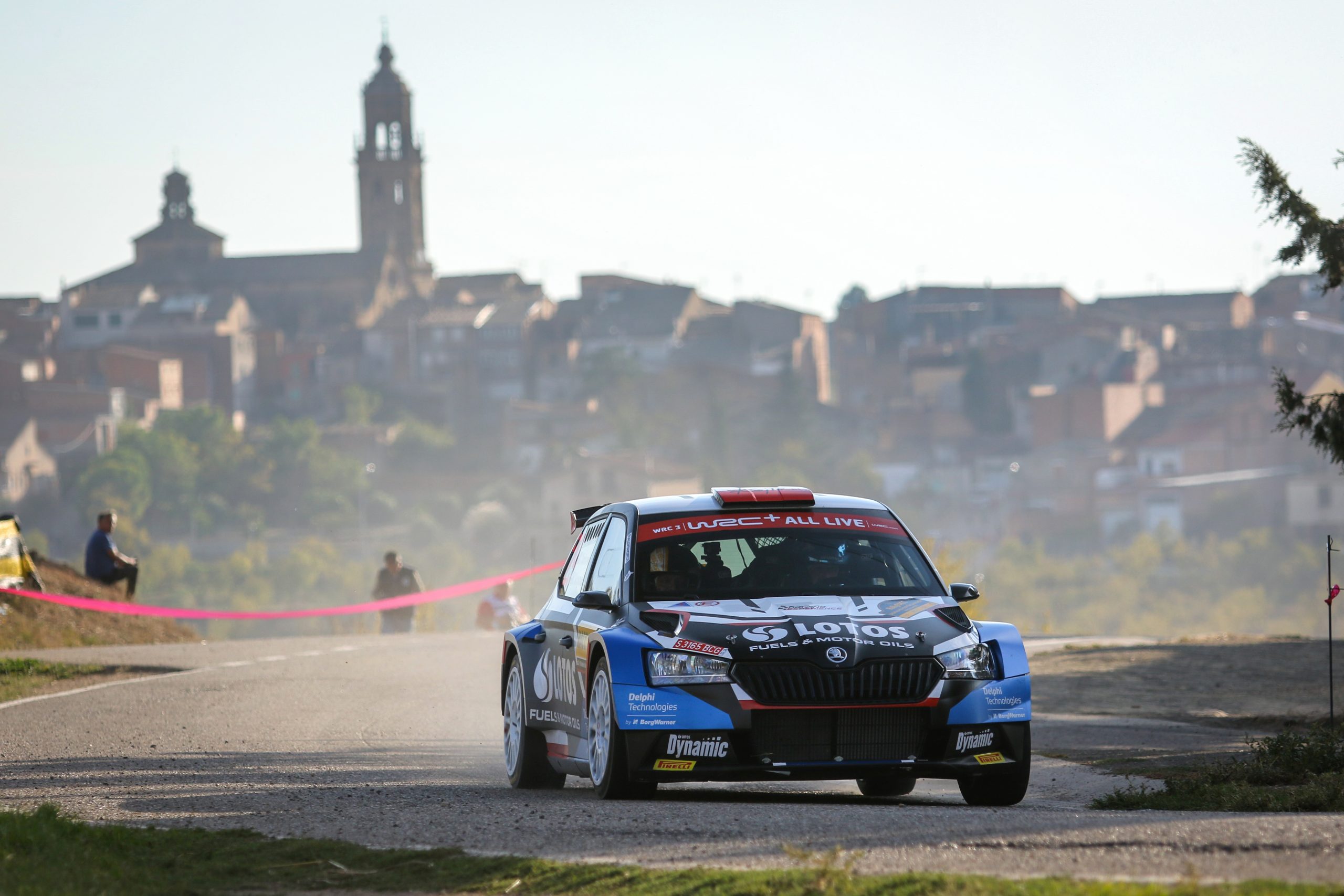 A long opening leg of Rally de España has come to an end, after more than 112 kilometres of special stages. Kajetan Kajetanowicz and Maciej Szczepaniak, cheered on by plenty of fans from different countries – including many supporters from Poland – compete in round eleven of the 2021 World Rally Championship. The LOTOS Rally Team duo finished almost all special stages in top three, finishing the day in third position in their category – just 0.3 seconds behind the Spanish crew of López/Rozada!

The second loop was contested over the same three stages. However, there were plenty of tricky places – with much less grip due to stones and dust which appeared on the road after the first runs. So-called gravel crews play a major part in such conditions – they complete the stages just ahead of the competitors, in order to find dangerous places, and pass on these information to their crews. The regulations stipulate that only factory teams – WRC and WRC-2 – are allowed to have the gravel crews, so the WRC-3 competitors are in trickier situation. Despite this setback, they frequently show the abilities to fight against the factory competitors, quite often setting even better pace.

Kajetanowicz and Szczepaniak enjoyed a very positive afternoon. The LOTOS Rally Team crew finished one stage in third position and two stages with second-fastest times, ending the day in third place. The Polish crew still have eleven special stages to go in their quest for victory.

– It was a fast, exciting and good day for us. We have a Finnish/Spanish/Polish top three and we will do our best to reverse this order. We fight for fractions of seconds, so we enjoy it very much and feel a lot of satisfaction – but at the same time we need to keep our concentration at maximum level. As opposed to a gravel rally, where the grip levels are considerably lower, here everything is happening very fast. Our pace is good, we have a good feeling. I hope it stays like this on Saturday and Sunday. We will continue to do our job with smiles on our faces