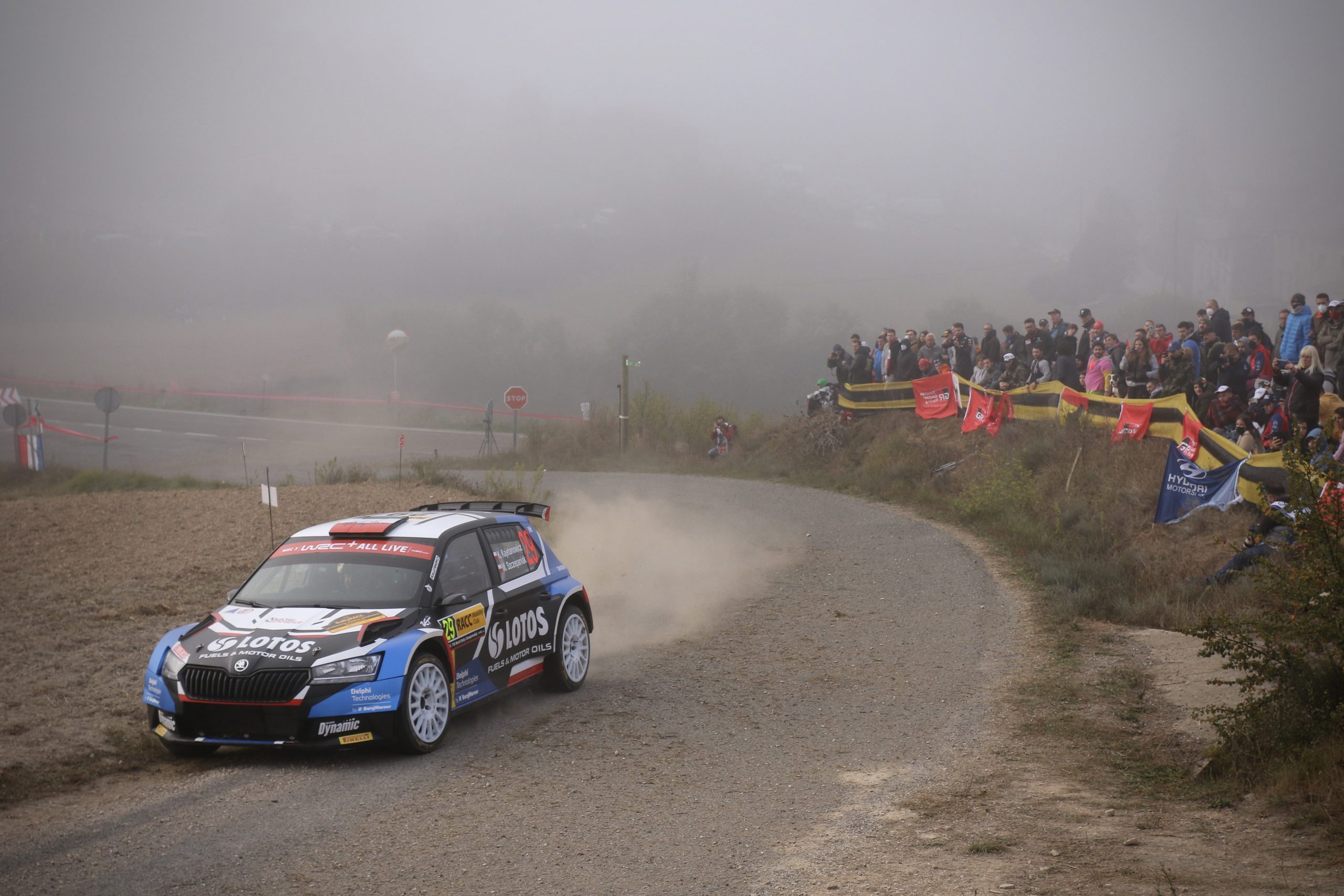 Less than one second separate Kajetan Kajetanowicz and Maciej Szczepaniak from second position in the WRC-3 standings. The LOTOS Rally Team duo compete in round eleven of the 2021 World Rally Championship, Rally de España, maintaining consistent and very good pace. The crews have completed nine special stages and prepare themselves for the afternoon loop, consisting of four tests.

The Polish crew started the day with fifth-fastest time on the opening test, losing only seven seconds. They completed another two stages at even better pace, setting second-fastest results on both tests. Kajetanowicz and Szczepaniak hold third position in the WRC-3 classification after nine special stages, less than one second behind second-placed Spanish crew of López/Rozada. The Finnish duo Lindholm/Hämäläinen continue to lead the WRC-3 standings.

Kajetanowicz and Szczepaniak enjoyed a very positive afternoon. The LOTOS Rally Team crew finished one stage in third position and two stages with second-fastest times, ending the day in third place. The Polish crew still have eleven special stages to go in their quest for victory.

– We can be happy after today’s first loop. Our pace is good, we are in third position, less than one second behind second place – but of course we want to be even higher. The second part of the day will bring some more randomness to our competition. It could rain but not on every stage, so the tyre choice gets a bit trickier. However, we have managed to make good decisions so far and I hope it will continue like this. I enjoy driving on these stages. They are fast and very grippy, we take the corners at high speeds and sometimes I am not able to process every piece of information I get from Maciek. But everyone is in the same situation, these rallies are the most difficult ones in the world. I am happy, feeling very well – and even stronger thanks to the fans, there are lots of them along the stages. Their joy after each run is just incredible!