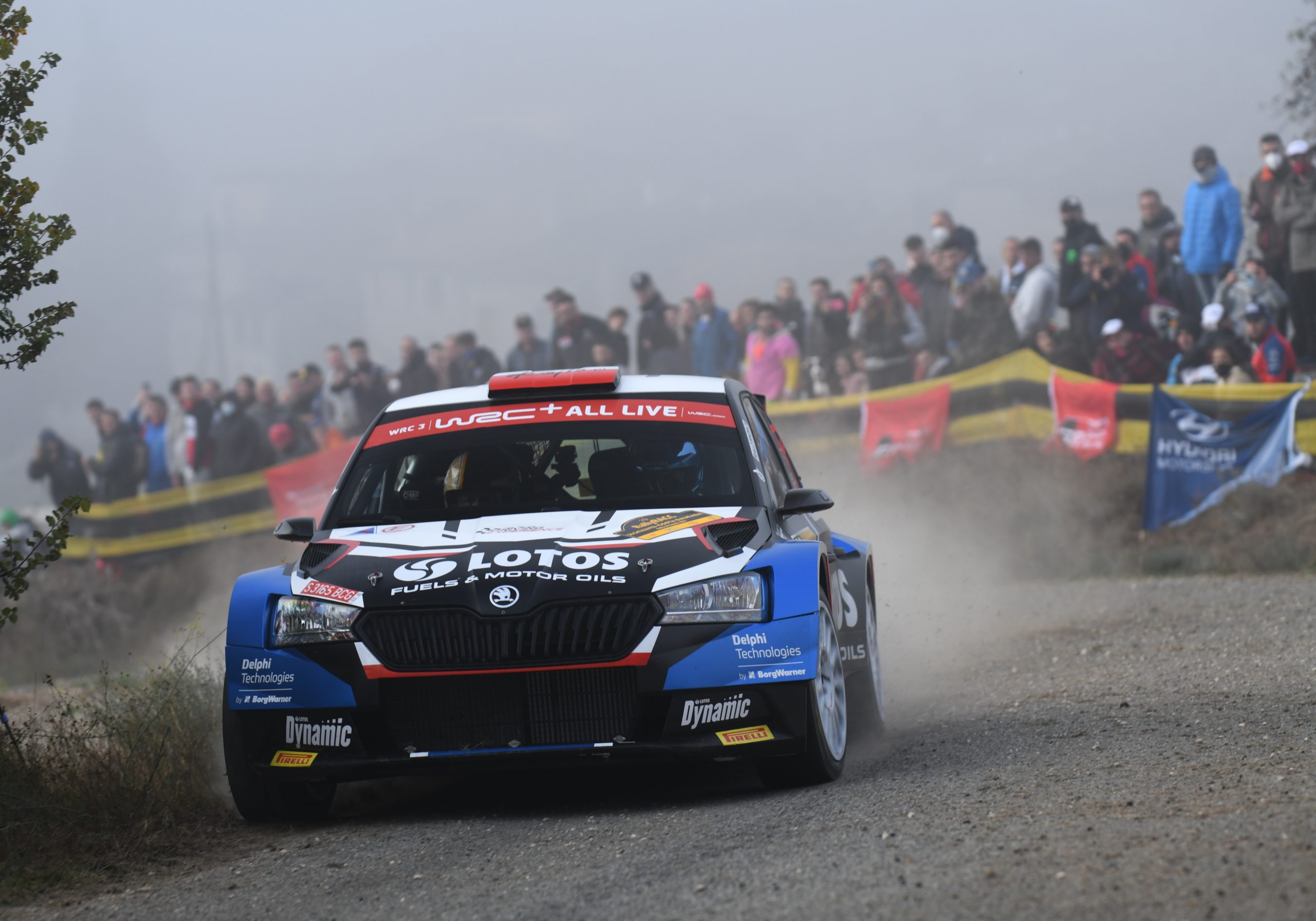 Kajetanowicz moves up the order, with excellent pace!

Kajetan Kajetanowicz and Maciej Szczepaniak won the final stage of the day in their category, setting an excellent sixth-fastest time in the overall classification! The LOTOS Rally Team duo defeated all WRC-3 field and most of the WRC crews. Good pace allowed them to move up into second position in the WRC-3 standings ahead of the final day of competition!

Although dark clouds gathered over the route of Saturday’s leg of Rally de España, all special stages were run on dry asphalt. The crews fought in equal conditions, creating an exciting show for their fans. Kajetanowicz and Szczepaniak continued their strong performance on the second loop, starting with fifth-fastest time on the opening stage and gathering more pace on the following tests. The LOTOS Rally Team crew recorded two second-fastest times and a stage win on the final test. This attack brought them not only sixth-fastest result in the overall standing but also second position in the WRC-3 standings after two days of competition.

– Just as I had promised yesterday, today we pushed hard right from the beginning, moving up into second position. Maybe our advantage over third-placed crew is not big but it is always better to be right behind the leaders, coming to the final day. I think that it was a positive day for us. The pace was consistent and good, we made good strategic choice. Now we are facing the shortest day of the rally but it will be as demanding as the two previous legs. For sure there will be plenty of excitement and we will fight until the end, trying to take right decisions