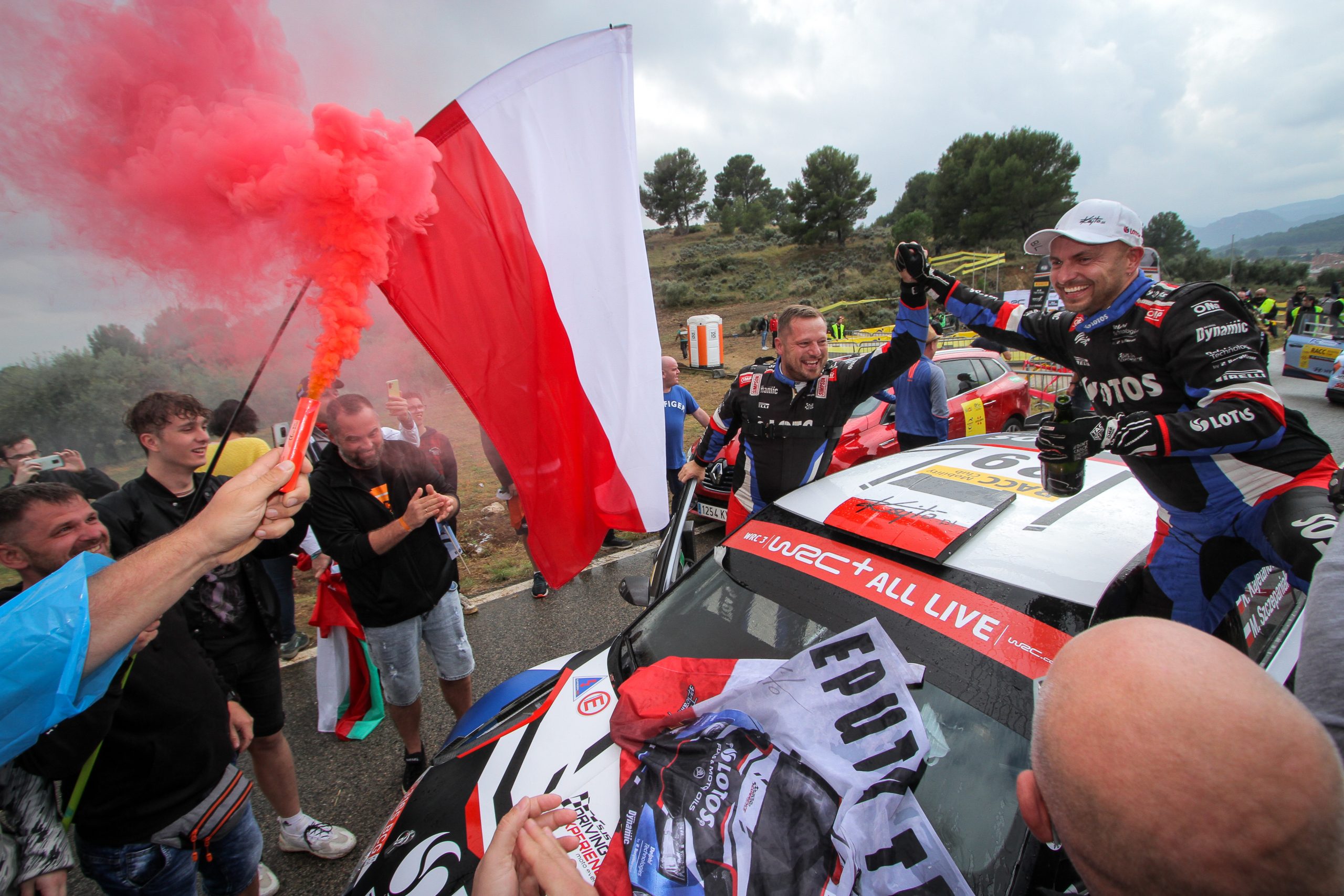 Kajetan Kajetanowicz and Maciej Szczepaniak have claimed their fifth podium finish in their sixth outing in the 2021 World Rally Championship campaign. Thanks to second position in Rally de España (in the WRC-3 category)* and fastest time on the Power Stage – with maximum score of bonus points – the LOTOS Rally Team crew take the lead in the championship standings. The Polish duo, cheered on by massive crowd of fans, showed brilliant and consistent pace, finishing thirteen special stages in top three!

The 2021 Rally de España finished in dramatic way: it started to rain just before the final test, rewarded with additional championship points – so the conditions on the Power Stage changed massively. The competitors had to keep their emotions under control and avoid mistakes which could have resulted in retirement. Kajetanowicz and Szczepaniak used their experience and after great performance won the stage with eight seconds in hand. It was the biggest winning margin throughout the whole rally, so the competition was really tight.

The LOTOS Rally Team crew scored 23 points this weekend, taking the lead in the WRC-3 standings. The fight for championship title ends on 18-21 November at the final round of the season – ACI Rally Monza.

– So far it has been our best season in the World Rally Championship. We put a lot of effort in this start and we have been rewarded with our fifth podium finish this year. I am tired but happy because thanks to our second place and fastest time on the Power Stage we take the lead in the WRC-3 championship standings. We need to work even harder in order to achieve our goal this season. The showdown takes place in Monza and we will take the title fight in good spirits there. Thanks to the whole LOTOS Rally Team – as always, you did a great job! Thanks to our fans who were here on the stages and to those who cheered for us back in Poland – with your support I feel that everything is possible but of course with humility. Thanks to our partners for their support – I am proud that we can win against the best competitors together. Of course thanks to my great family – I love you!