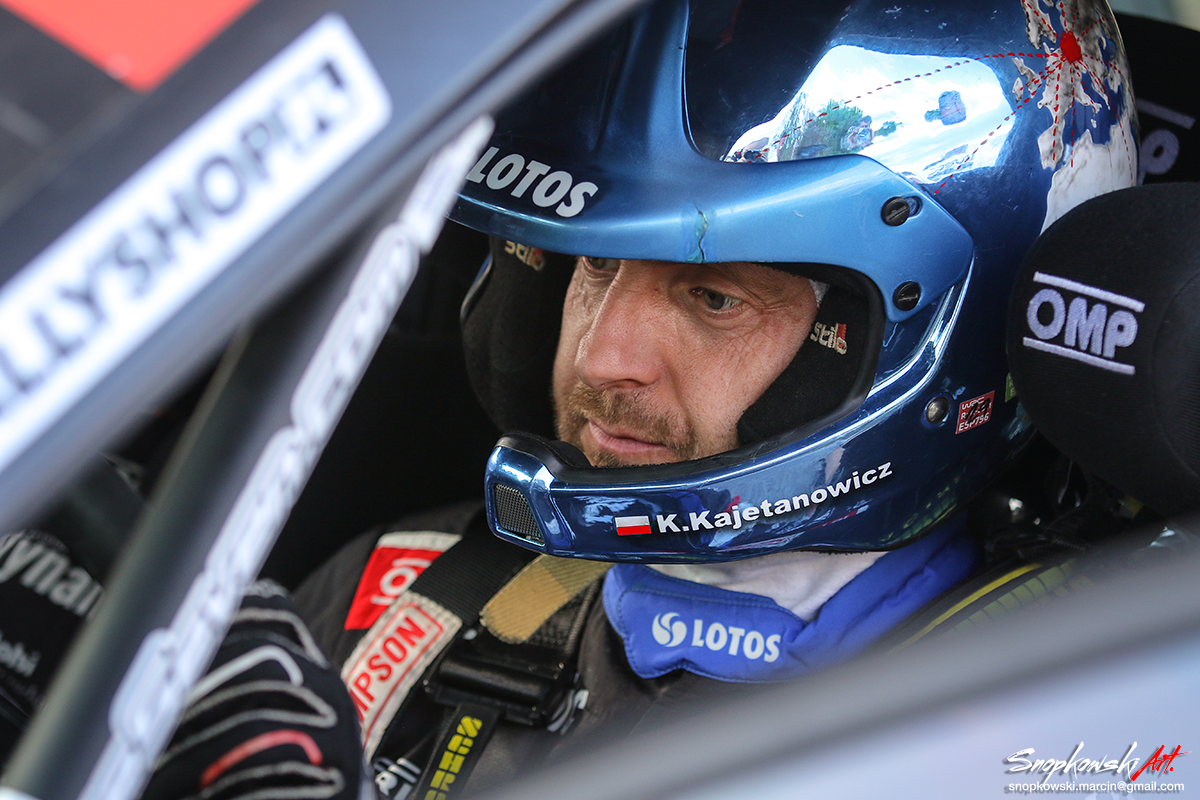 It is time for the final round of the 2021 World Rally Championship season! Rally Monza takes place on 18-21 November. On 250 kilometres of spectacular special stages, Kajetan Kajetanowicz – co-driven by Maciej Szczepaniak – will fight for the WRC-3 title and his third top-three finish in a row. The LOTOS Rally Team cannot wait to start the battle in Italy!

Kajetanowicz, who has multiple Polish and European rally championship titles under his belt, enters Rally Monza as the WRC-3 leader – tied on points with second-placed Yohan Rossel. The French driver is still waiting for decision after his appeal following an exclusion from Acropolis Rally – won by Kajetanowicz. Irrespective of the decision, both drivers will fight right until the end for victory laurels, which promises yet another thrilling rally spectacle for Kajto’s fans.

The final round of the 2021 season takes place on the legendary Monza circuit and in the nearby mountains. The stages in the Alps climb up to over 1300 metres above sea level, so the weather conditions might be unpredictable. Fog, mud or even ice will present an extreme challenge for the crews. The spectacular stages on the racing track are twisty, with mixed surface – and some of them will run after sunset. Excitement at the highest level is guaranteed!

With one round to go, this year is already considered as the career-best season for Kajetanowicz. He won three rallies – Croatia, Portugal and Acropolis, scored second-place finishes in Estonia and Spain, adding more points in Sardegna. These results mean that the LOTOS Rally Team driver has already secured his second runner-up spot in the world championship – scored for the first time in 2019.

– The final round of this excellent season takes place at Rally Monza. i know this event but my rivals are also familiar with it. However, I expect a bit different characteristics to what we experienced here last year. According to current forecasts, we do not expect any snow, so the roads should have more grip. The special stages are quite similar to last year’s route. There will be some gravel, especially on the circuit stages, but the most important part awaits us in the mountains. We have to stay alert and focused right from the beginning. This is a very important rally for me, arguably the most important in my whole career. I think I am ready, I have been waiting for this moment for many years – but I want to approach this event just like any other rally because this is the only way which leads to our goal. Regardless of the final result, this season gives us plenty of joy and still it could bring more. As always, we will do our best to return home with broad smiles on our faces

Rally Monza starts with official shakedown on Thursday, after 6 pm. The real competition begins on Friday, with two runs of mountain stages Gerosa (10.96 kms) and Costa Valle Imagna (22.11 kms). After routine service break the crews will head to Monza and compete on the circuit: with two runs of Cinturato (14.49 kms) and a single pass of Grand Prix (10.29 kms). On Saturday morning they will return to the Alps, to complete two runs of San Fermo (14.80 kms) and Selvino (24.93 kms – the longest test of the rally). This day ends with two passes of Sottozero (14.39 kms), back on the Formula 1 circuit. Sunday’s leg starts with Grand Prix stage, followed by Serraglio (14,62 kms) – with second pass, starting at 12:18, runs as the Power Stage, with bonus points for top-five crews.