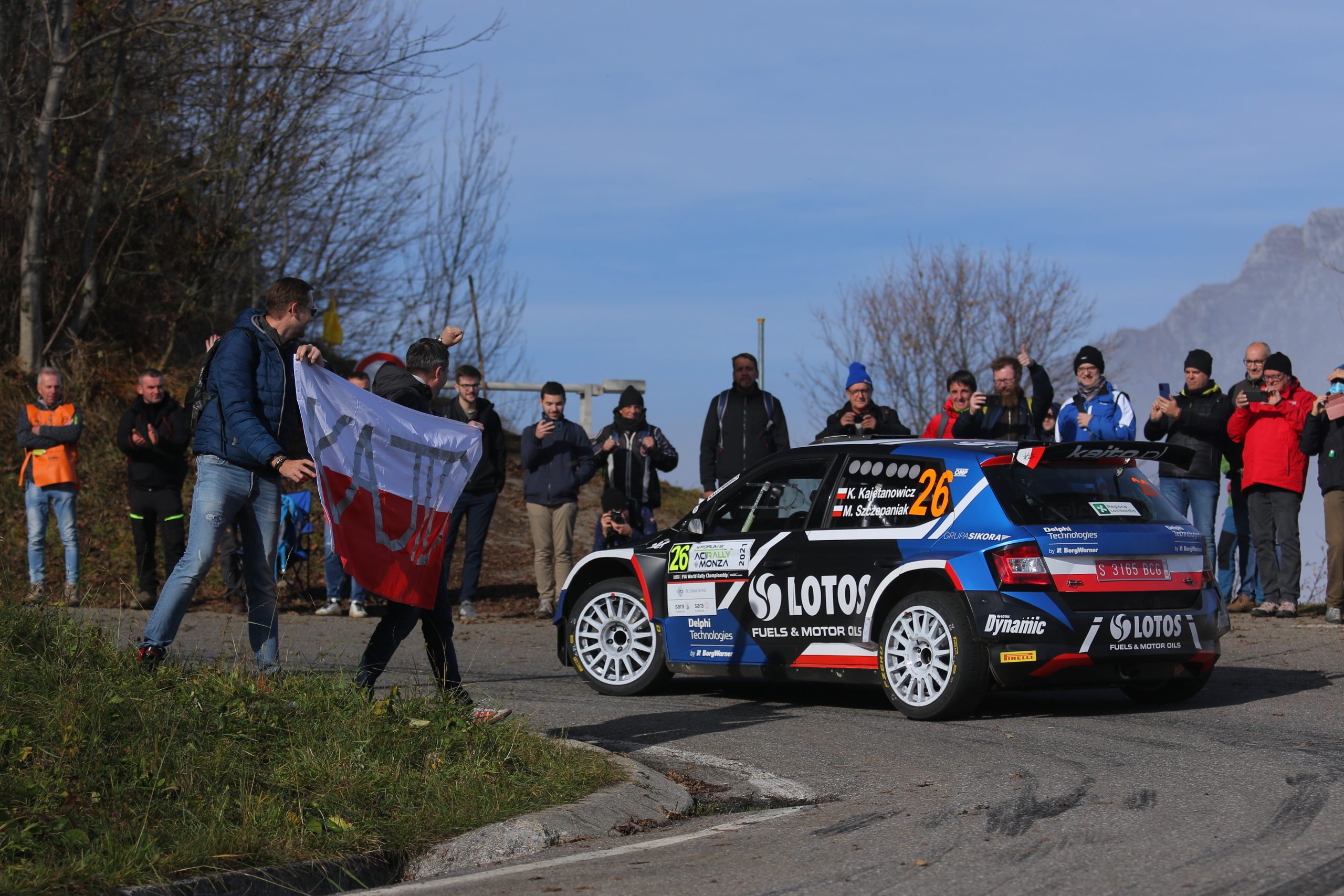 Kajetan Kajetanowicz and Maciej Szczepaniak compete in Rally Monza, the final round of the 2021 World Rally Championship. The LOTOS Rally Team duo after very good performance over the course of the morning loop, on the mountain roads, return to the service zone with second position in the WRC-3 standings, having won the second special stage!

The opening loop of Rally Monza took place in mixed conditions – on damp tarmac on shaded sections, with mud and leaves dragged on the road by passing cars. In some places dense fog appeared, increasing the challenge.

The Polish crew started the day with seventh-fastest time, finishing the opening stage just six second behind the leaders. They won the following test, the longest one of the rally, and recorded third-fastest time on third stage. These results mean that they hold second position ahead of the second loop, run on the Monza racing circuit. Second pass of Costa Valle Imagna was called off due to a medical emergency which was not directly related to the competition.

– Despite different tyre choices among different cars, the stage times were anyway quite close and it was a very tight competition on mountain roads. Now we can say that we start a completely new rally – we head to special stages on the Monza circuit. However, it does not mean that it is going to be easier. There are many slippery parts and some gravel, so it will be difficult to judge the grip levels. Yesterday we had a chance to try out these conditions during shakedown but now we face a much longer stage, with plenty of traps. I enjoy my driving a lot, I feel happy with every kilometre but I also know the stakes in our fight, so we have to maintain good pace