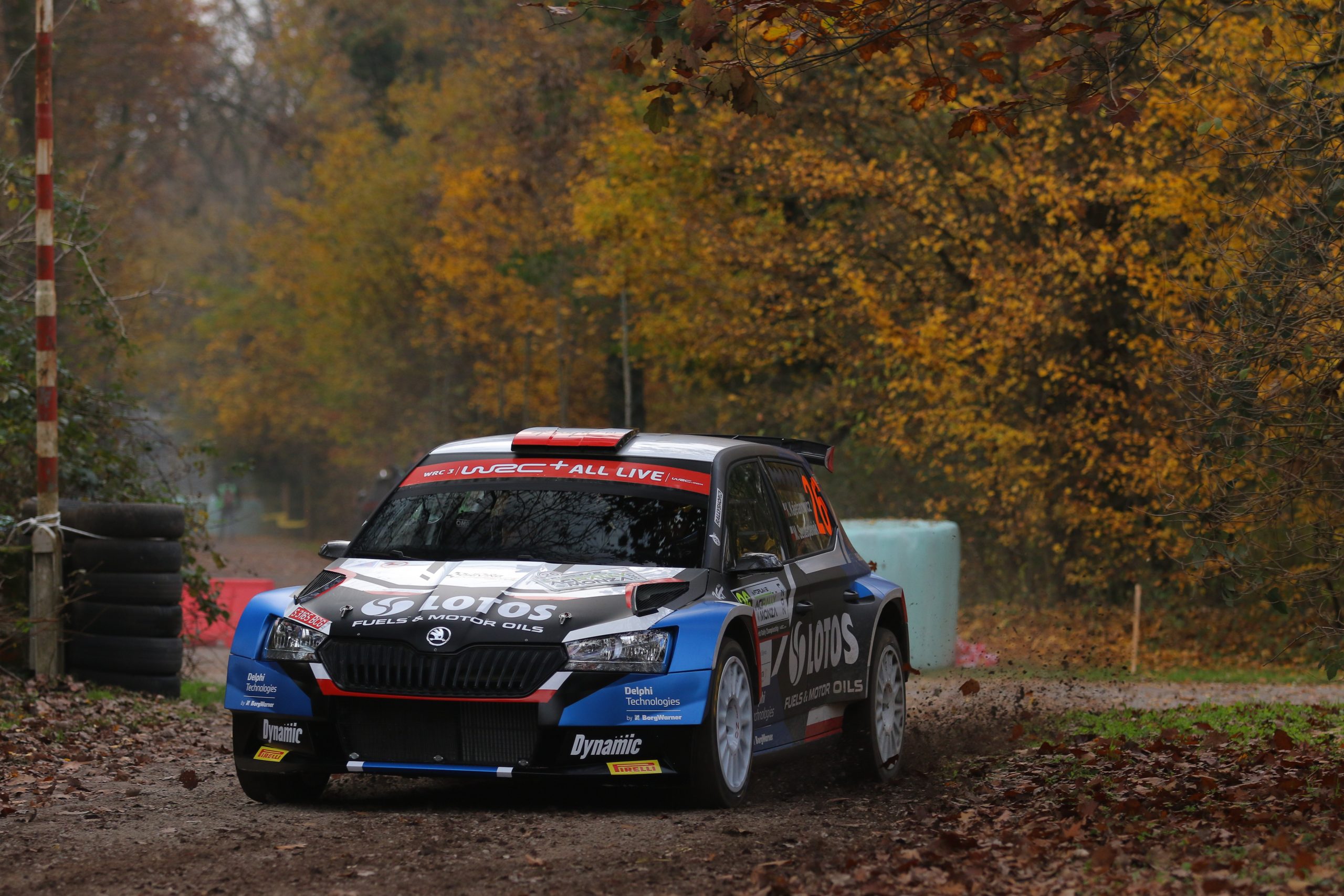 Kajetan Kajetanowicz and Maciej Szczepaniak show excellent form on the stages of Rally Monza – the final round of the 2021 World Rally Championship. The Polish duo maintain consistent pace, recording top-three times on regular basis. After the first day of competition they hold second position in the WRC-3 standings, less than three seconds behind the leaders. Thanks to their fantastic performance, they are also classified in eleventh position overall – as the second Rally2 crew, ahead of all factory teams competing in the WRC-2 category!

The afternoon loop on Friday was contested on the legendary Formula 1 circuit at Monza. The Polish crew set third-fastest time on one stage and second-fastest results on two tests – being faster than their title rivals, Rossel and Renucci, on two stages. Thanks to these results, Kajetanowicz and Szczepaniak closed the gap to the leaders to 2.9 seconds. They are in excellent position to fight tomorrow, on six stages with total length of over 108 kilometres.

– After over one hundred kilometres of competition we trail the leaders by less than three seconds. It proves that this rivalry is very tight. We drove in the mountains, we drove on the circuit, the tarmac was slippery and damp, there were gravel sections and we used different types of tyres. Quite a lot of things happened today but that’s how it is in the World Rally Championship – you have to be prepared for everything. I am happy with our pace but there is still a long way ahead of us and I have to stay fully concentrated which is not easy here. I have a lot of fun in the car, I am trying to enjoy my driving and I feel plenty of energy and motivation thanks to many fans from Poland. This support adds a few kilograms of pressure on my right leg which pushes the throttle – but this leg has to cooperate with my head. We are in a good position but this is just the beginning, we continue our fight tomorrow