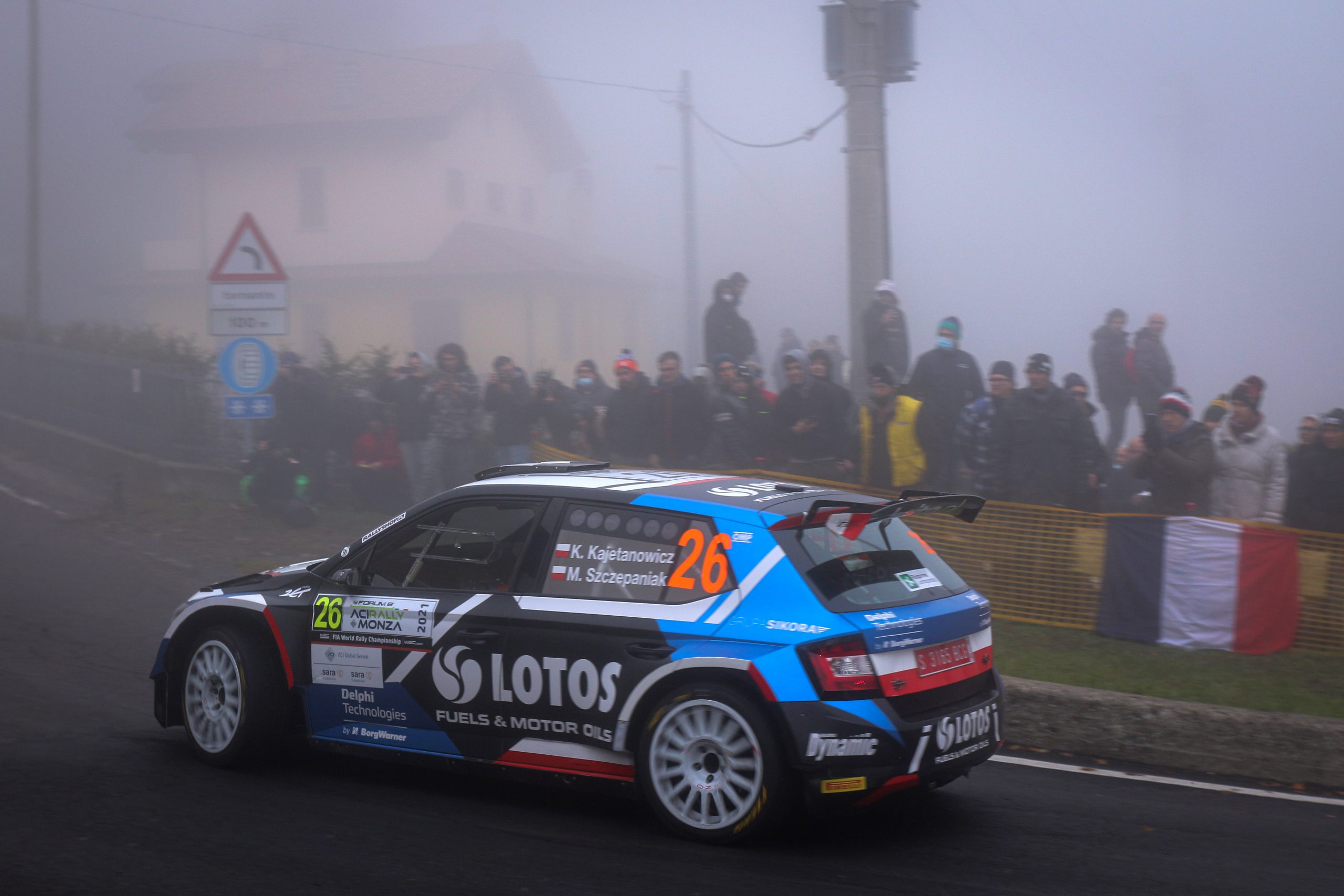 Rally Monza 2021: Kajetanowicz among the frontrunners

The final round of the 2021 World Rally Championship takes place in Italy. On the opening loop of Saturday’s leg of Rally Monza the LOTOS Rally Team crew finished three stages in top three but their competitors kept pushing as well. After eleven special stages Kajto and Maciek hold third position in the WRC-3 standings, ahead of all factory WRC-2 crews. There are two more stages to go today: SS12/13 Sottozero.

The competition in the morning took place on two stages, each of them was run twice – without any service break. The tarmac roads in the mountains, several dozens of kilometres away from the Monza circuit, required not only good pace but also some clever tyre management. Kajetanowicz and Szczepaniak after solid performance clocked up top-three results on three stages. However, the Italian crew of Crugnola and Ometto did a slightly better job, moving up into second position. The Polish crew are still in the title fight – this competition is wide open, with narrow gaps between all contenders.

– There are still five special stages to go, so it is still possible to close this gap. We knew that Yohan for sure would be very fast in these conditions. The tyre wear in his car is at lower level than in our case and he has an advantage. Now we move from the mountains – where it was really nice to drive – to the racing track and I hope we will show even better pace than yesterday. You know me and you know that I will not give up right until the end – says Kajetan Kajetanowicz, the LOTOS Rally Team driver.