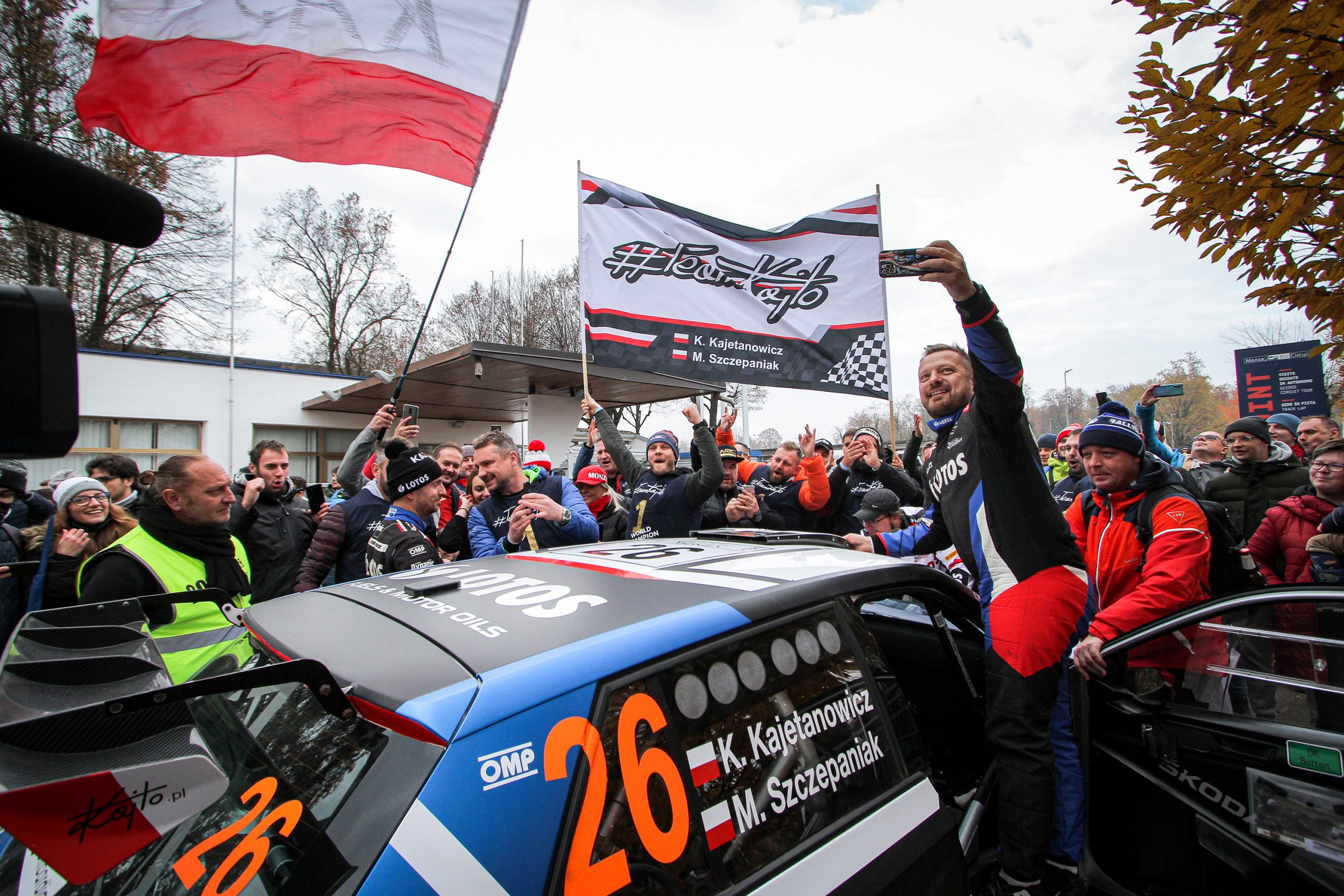 Kajetan Kajetanowicz: second position in the World Rally Championship! Another WRC podium for the Polish crew

The Polish crew have nailed it! After fantastic season and exciting showdown Kajetan Kajetanowicz and Maciej Szczepaniak claimed a top-three finish in the 2021 World Rally Championship! The LOTOS Rally Team crew have completed their career-best season in fantastic style, often defeating the best competitors in the world and proving that their place is right at the top. The fight for victory laurels went on right until the last special stage – despite excellent pace, Kajetanowicz is pleased with runner-up position in the world championship. The Poles have scored their third top-three finish in a row – and this is also a breakthrough achievement. Their home country – Poland – is celebrating today!

Kajetan Kajetanowicz and Maciej Szczepaniak have enjoyed a spectacular season. The Polish duo showed not only excellent pace but also great effectiveness. They notched up six podium finishes in seven outings – with runner-up spots in Estonia and Spain, third place in Rally Monza this weekend and victories in Portugal, Sardegna and Greece. After second position in 2019 (in the WRC-2 category) and third in 2020 (in the WRC-3 category), the LOTOS Rally Team crew claim another top-three finish. Kajetanowicz scores second place in the world championship and Szczepaniak wins the title – as there was a change of co-driver alongside their chief rival, Yohan Rossel. This success would not have been possible without strong support of strategic partner Grupa LOTOS and Delphi Technologies, Pirelli, SJS Driving Experience and Grupa Sikora.

– This year’s World Rally Championship is coming to an end. This has been our best season since we started to compete among the fastest rally crews in the world. Three rally victories, six podium finishes in seven outings brought us this second place in the championship! Although the main goal was very close, I can return to Poland with my head held high. I would like to say thank you to my whole LOTOS Rally Team – they showed that they can motivate themselves and put a lot of heart into the fight even in the toughest moments. Many thanks to our fans, your support always is precious for me. Many thanks to our partners – without them our fight for the title would not have been possible. As always, special thanks to my family – they know how much effort I need to put in this game. I love you and remember that you are the most important for me!

The way of Kajetanowicz and Szczepaniak to another top-three position in the World Rally Championship: