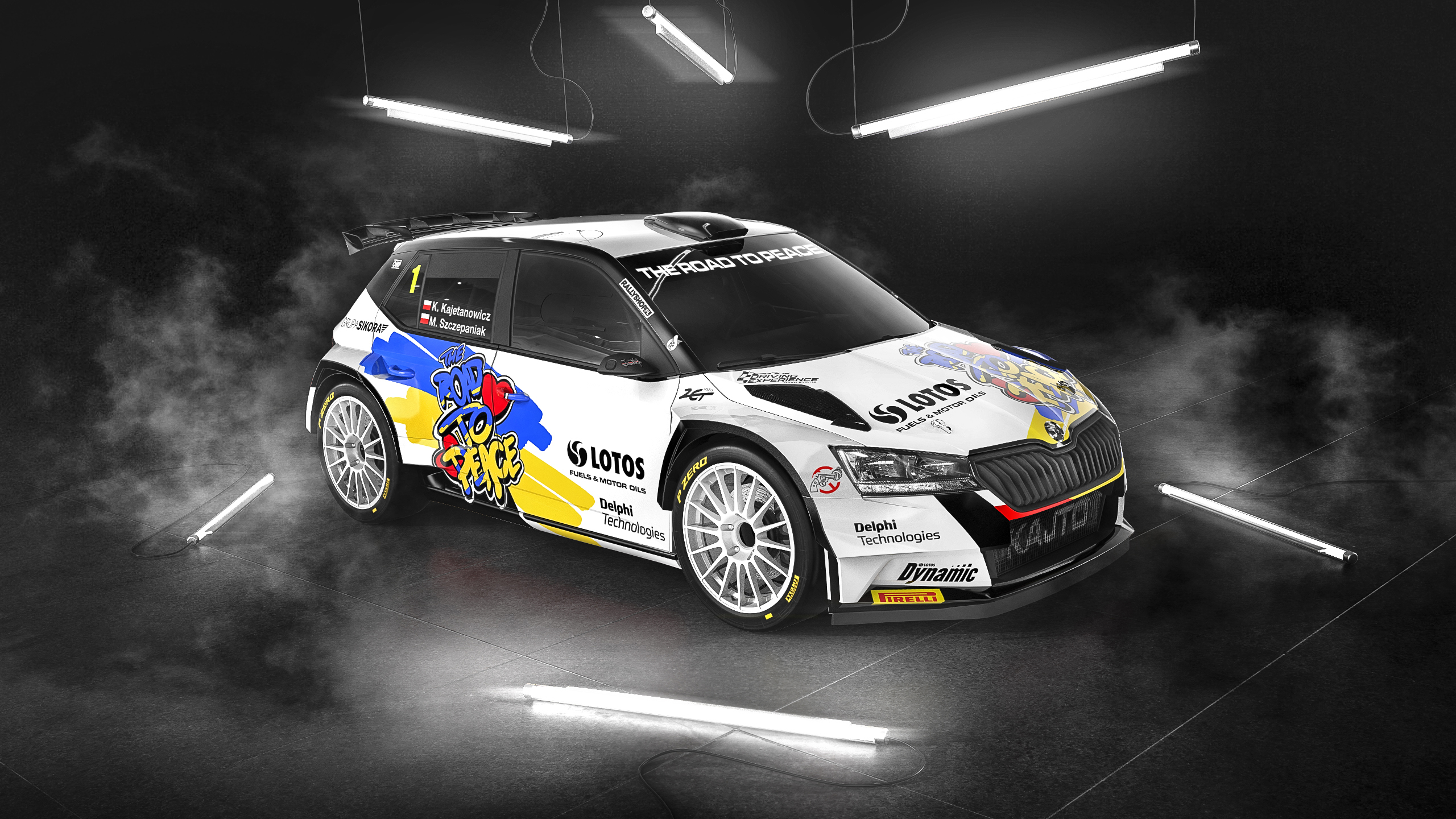 The Road to Peace – Kajetan Kajetanowicz with unique livery

This weekend Kajetan Kajetanowicz and Maciej Szczepaniak compete in Quattro River Rally Karlovac, warming up ahead of their first proper outing in this year’s World Rally Championship campaign. The LOTOS Rally Team crew use their well-known Škoda Fabia Rally2 Evo, run by Spanish team RaceSeven. However, the livery of this car is unique – “The Road to Peace” design is dedicated to the people of Ukraine who fight for peace and against war in their homeland.

Polish people provide help for their neighbours since the beginning of the conflict in Ukraine and Kajetanowicz together with his team joined these efforts. Now they prepared another initiative: unique livery “The Road to Peace” – dedicated to all Ukrainian people.

– This weekend we chose a special livery for our rally car – different to our design prepared for the World Rally Championship campaign. This idea crossed my mind while designing my helmet for 2022. The symbol which for me represents solidarity with our neighbours, experiencing an extremely difficult situation right now, has been transferred from my helmet to the car. I am happy to show the unity with Ukrainian people who need this kind of support. I appreciate a big-hearted approach of my compatriots who provide help to Ukraine. However, we must remember that his help will be required for long – not just now, when everybody talks about it

Kajetanowicz and Szczepaniak start their 2022 campaign during round three of the World Rally Championship – Croatia Rally on 21-24 April. In order to prepare for the event which they won last year, the take part in Quattro River Rally Karlovac – round one of the 2022 Croatian Rally Championship, on 26-27 March. This rally consists of seven special stages, with more than 90 kilometres of competition.