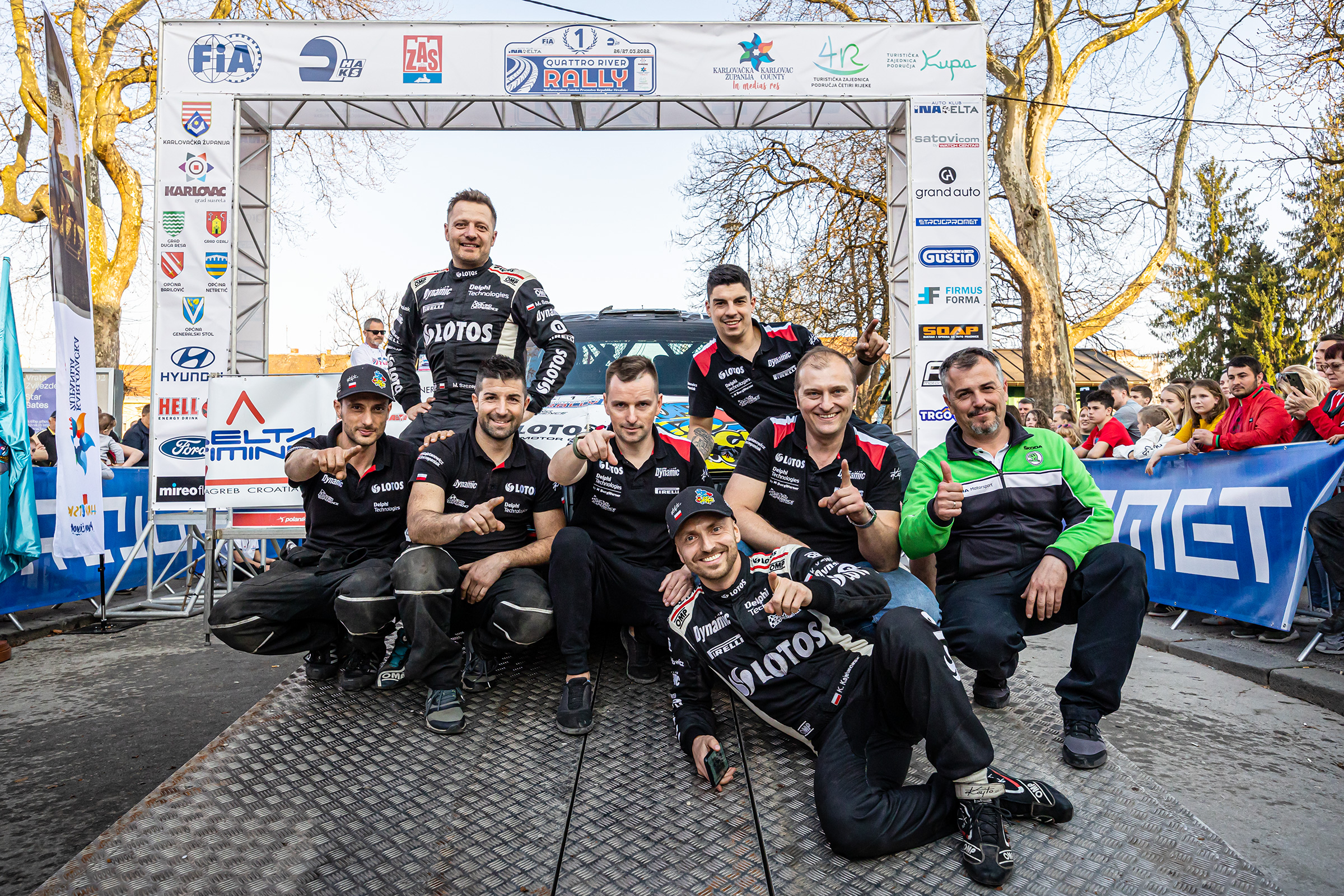 Kajetan Kajetanowicz and Maciej Szczepaniak won five of seven special stages during Quattro River Rally Karlovac, round one of the 2022 Croatian Rally Championship. For the Polish crew it was a warm-up ahead of their first outing in this year’s World Rally Championship campaign. Although they went off the road on the second stage, losing significant amount of time, blistering pace on the following tests allowed them to recover 31 positions!

Kajetanowicz and Szczepaniak took part in this event in order to practice ahead of forthcoming Croatia Rally, which marks their first outing in this year’s World Rally Championship (WRC). The LOTOS Rally Team crew wanted to prepare in the best possible way for the competition on slippery tarmac, with plenty of potential surprises. Today’s leg started with some problems – they made a mistake on the second stage – but nevertheless they won four stages and moved up into top ten. The Polish crew proved their motivation, covered useful kilometres and gained lots of precious information which for sure will be helpful in a few weeks’ time. According to unofficial results, the rally was won by another Polish crew, Hubert Laskowski and Michał Kuśnierz.

– I competed here in order to prepare for the most important challenge, for our campaign in the World Rally Championship. I am really pleased, as this rally proved that we have good pace right from the word go – but it also showed the things we need to improve as a team ahead of Croatia Rally. I drove well and felt a lot of joy while competing on these slippery special stages in Croatia. We won five out of seven stages but we did not win the rally, although we had a big chance to do it. I am happy that Hubert Laskowski won the rally, huge congratulations to him and to Michał Kuśnierz. I think that such a humble driver, given a proper support of partners, can achieve a lot and I keep my fingers crossed for him. Now we face four weeks of preparation ahead of our first World Rally Championship outing this year. I just can’t wait!