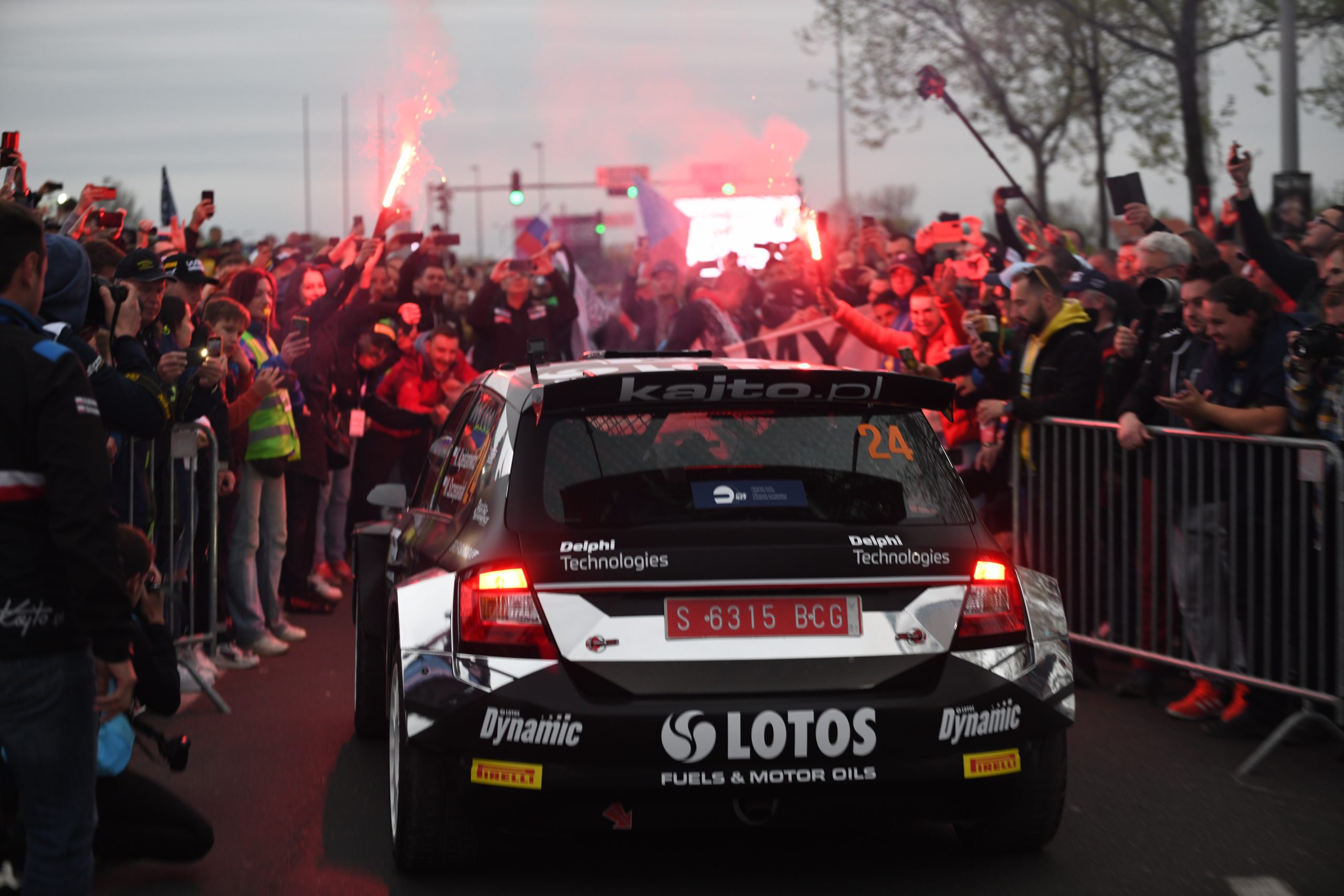 Rain, mud and mist accompany the competitors during round three of the World Rally Championship, Croatia Rally. Kajetan Kajetanowicz and Maciej Szczepaniak show good performance in these difficult conditions, finishing the opening loop in fifth position in the WRC2 standings, around fifteen seconds behind top-three position. The LOTOS Rally Team crew fight for victory in their first WRC outing this year, supported by Polish fans who despite adverse weather conditions showed up in large numbers on the stages.

The opening loop of Croatia Rally 2022 consisted of four special stages, with combined length of over 60 kilometres. Kajetanowicz and Szczepaniak did their best job on second test, recording fourth-fastest time on the longest stage of the day. They finished other stages with small gaps to the top crews, holding fifth position ahead of the second loop. Rossel and Sarreaut lead the standings, with top three completed by Ingram/Drew and Gryazin/Aleksandrov.

– I gain more speed and confidence with every kilometre. This is very important in these conditions, in addition to slippery tarmac and rain we also have plenty of mud on the road. For me the last rally with such conditions was at Monza in 2020, basically one and a half year ago. We have completed a solid first loop, I am happy. I enjoy our fights against these very fast drivers and I hope that the second part of the day will also go according to the plan