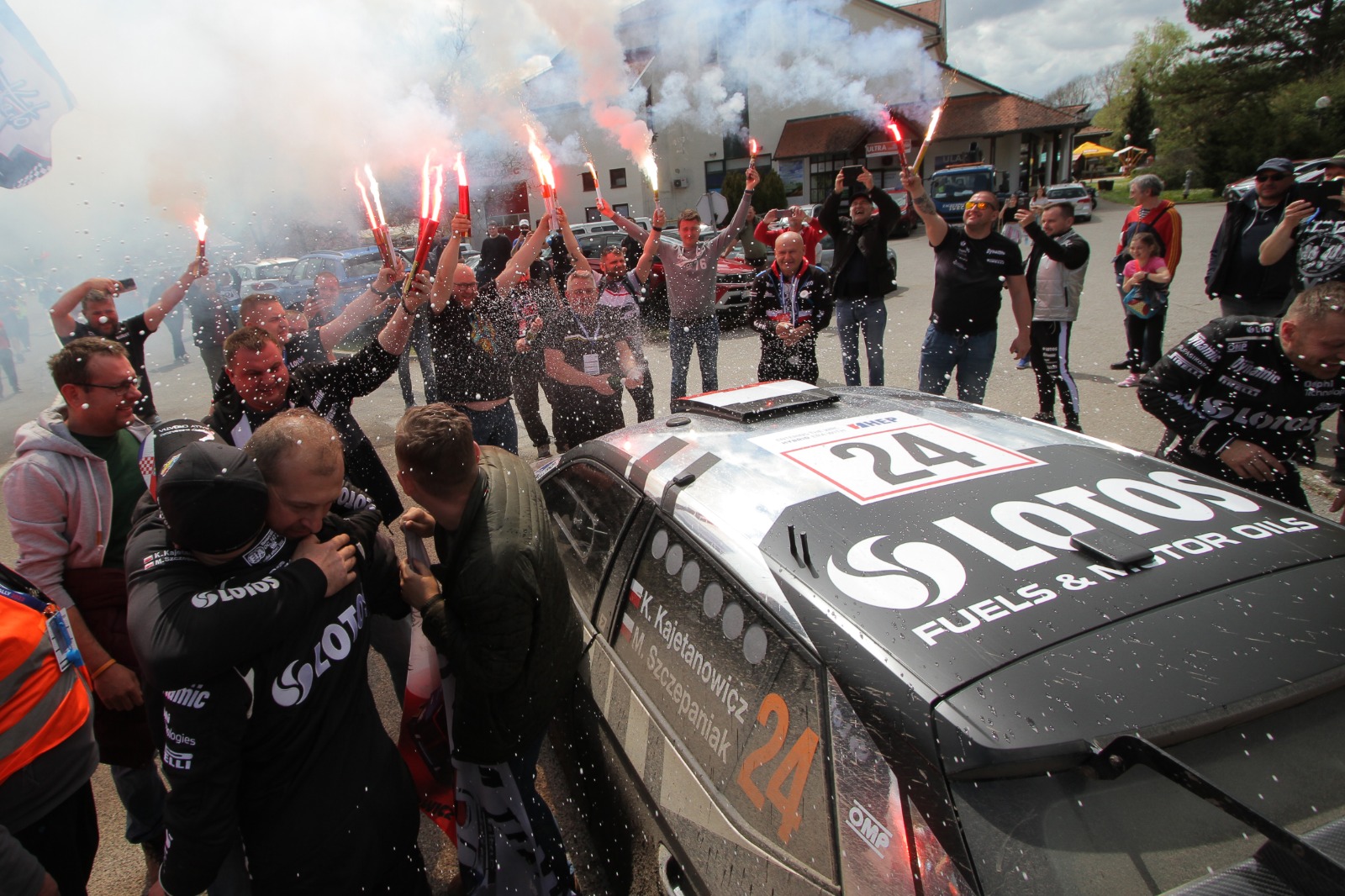 Kajetan Kajetanowicz and Maciej Szczepaniak scored second position in the 2022 Croatia Rally (WRC2), claiming also an excellent eighth place in overall standings, finishing behind six powerful cars competing in top Rally1 category! It was a consistent and impressive performance of the LOTOS Rally Team crew, with decisive strike during the final leg of round three of the 2022 World Rally Championship – which allowed them to grab second position in their category! The Polish duo amazed thousands of fans with excellent sixth-fastest overall result on penultimate stage, run in extremely difficult wet conditions. They scored a solid haul of points in their first outing in 2022!

Kajetan Kajetanowicz and Maciej Szczepaniak grabbed runners-up spot in Croatia Rally, competing in the strongest-ever WRC2 field. The Polish crew impressed with their fighting spirit and masterclass pace both in dry and wet conditions. It was the first outing for the LOTOS Rally Team duo in this year’s championship but stage wins and plenty of points at the start of their campaign promise a positive season. Kajetanowicz and Szczepaniak successfully battled for the second position with great support of hundreds of Polish fans, who cheered their fifth WRC podium finish in a row.

– Second position in this year’s Croatia Rally tastes really great! It was an extreme challenge. Together with the whole team, we have been working very hard for the past couple of weeks. I am proud and happy after our comeback to the World Rally Championship stages in this style. Many thanks to Maciek, to the whole LOTOS Rally Team and of course to my great partners – without you it would be impossible to celebrate these fantastic results. Thanks to all fans who came to Croatia in huge numbers and to those who cheered for us in their homes. This is a great motivation for me! However, the biggest “thank you” goes to my family – and best wishes to my daughter Oriana, who celebrates her birthday today