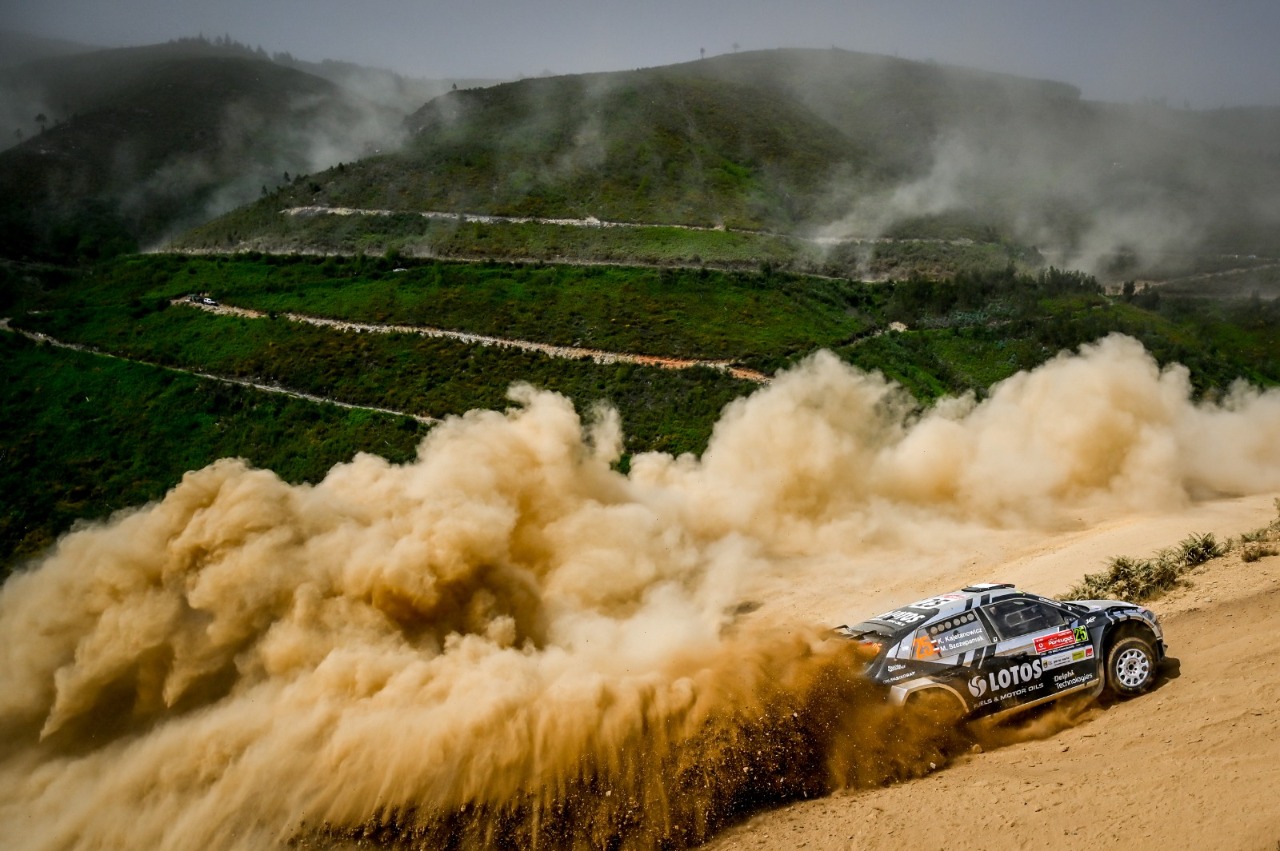 Sixth consecutive podium finish in the World Rally Championship for Kajetan Kajetanowicz and Maciej Szczepaniak! The LOTOS Rally Team crew did an excellent job on Portuguese special stages, claiming runners-up spot in the WRC2 category. This success tastes even better, given the record-breaking field of 43 crews! On top of that the Polish duo scored more points on the Power Stage, setting second-fastest time on the final test of the rally!

Rally de Portugal – during which the organisers celebrated the 50th anniversary of the World Rally Championship – consisted of 21 special stages. This popular event forms an iconic part of the calendar, with 55th edition being run this year.

Kajetanowicz and Szczepaniak arrived here after excellent performance in Croatia Rally, where they scored a brilliant second position. The Polish crew won in Portugal last year, in the first start of Kajto on these stages. However, this season the challenge was supposed to be even tougher, with bumper entry list of over 40 crews and many factory drivers who have competed here even ten times. The LOTOS Rally Team crew did their best to show what they are able to achieve – with excellent results. Kajetan and Maciek finished 13 special stages in top three and claimed second position in the WRC2 standings, scoring also two points for second-fastest time on the Power Stage Fafe.

– We have started and finished this weekend in style, achieving an excellent result. Our second podium in a row, with additional points for the Power Stage – in a record-breaking field – makes me smile. This was a proper World Rally Championship event, full of traps, changeable weather and high temperatures. My goal is to maintain the pace of the top drivers and I will continue my hard work in order to fight for the championship – although this season it is a lot tougher, for obvious reasons. Thanks to Maciek and the whole LOTOS Rally Team, because everybody has done a great job! Thanks to the fans and partners for their support – without you I would not be able to do what I love doing. Now it’s time to come back home and I am looking forward to hugging my family!