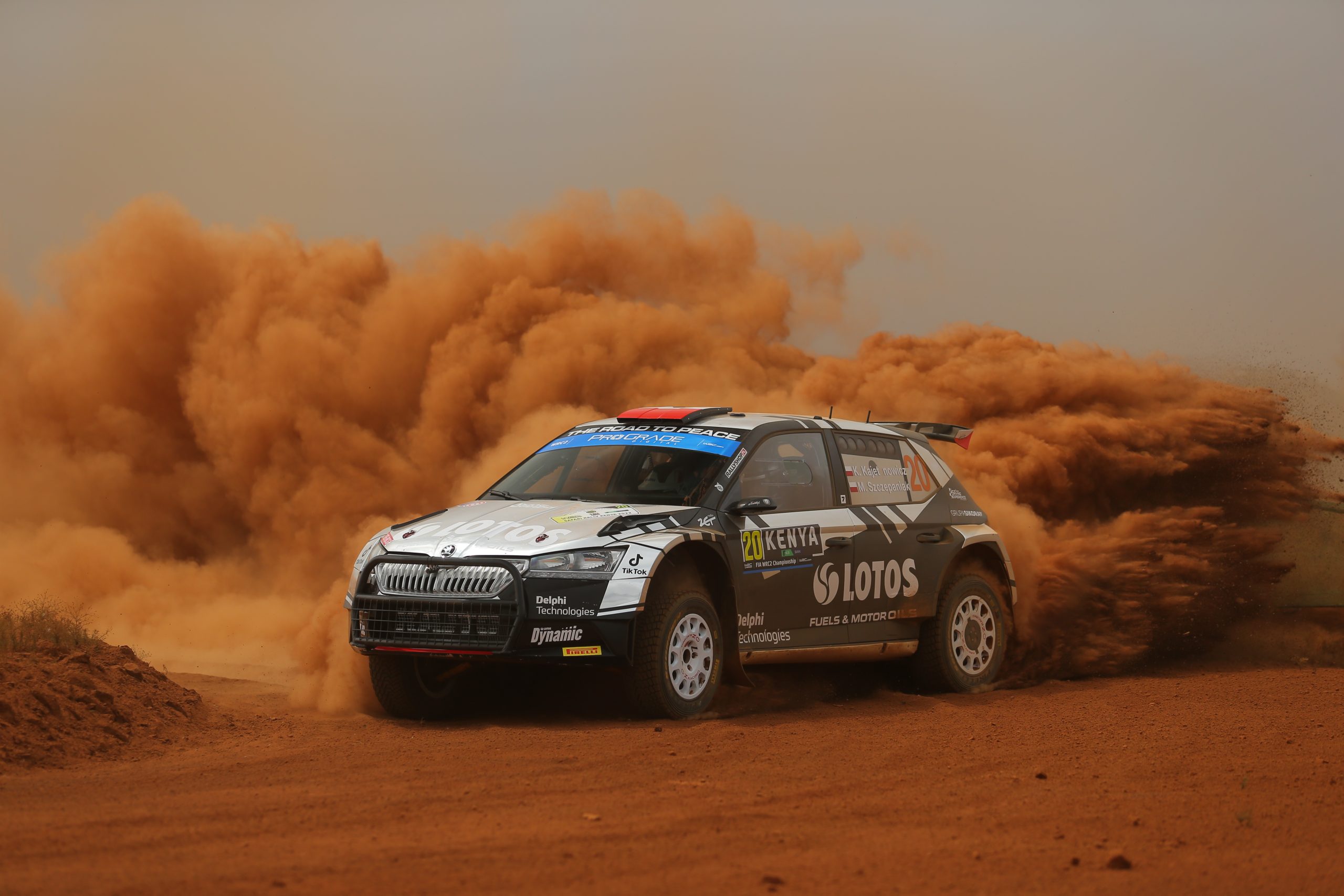 The LOTOS Rally Team crew set second-fastest time on the stage but the pacesetters, Gaurav Gill and Gabriel Morales, jumped the start and were hit with a 10-seconds penalty, which dropped them to fifth position. The Poles, aboard their Škoda Fabia Rally2 evo, lead Martin Prokop and Zdeněk Jůrka (Czech Republic, Ford Fiesta Rally2) by 0.9 seconds, with Sean Johnston and Alexander Kihurani (USA, Citroën C3 Rally2) in third position, losing 2.6 seconds.

– We have completed the first special stage of Safari Rally, so the real competition starts now. The stage was run on a course built on purpose, near the capital city of Kenya. I think that we begin a unique adventure and a great event but the most important things will happen on Friday, Saturday and Sunday. We need to maintain full concentration, drive with utmost precision on every centimetre of road and use our pace notes wisely. Keep your fingers crossed, as some luck will be also useful during this rally