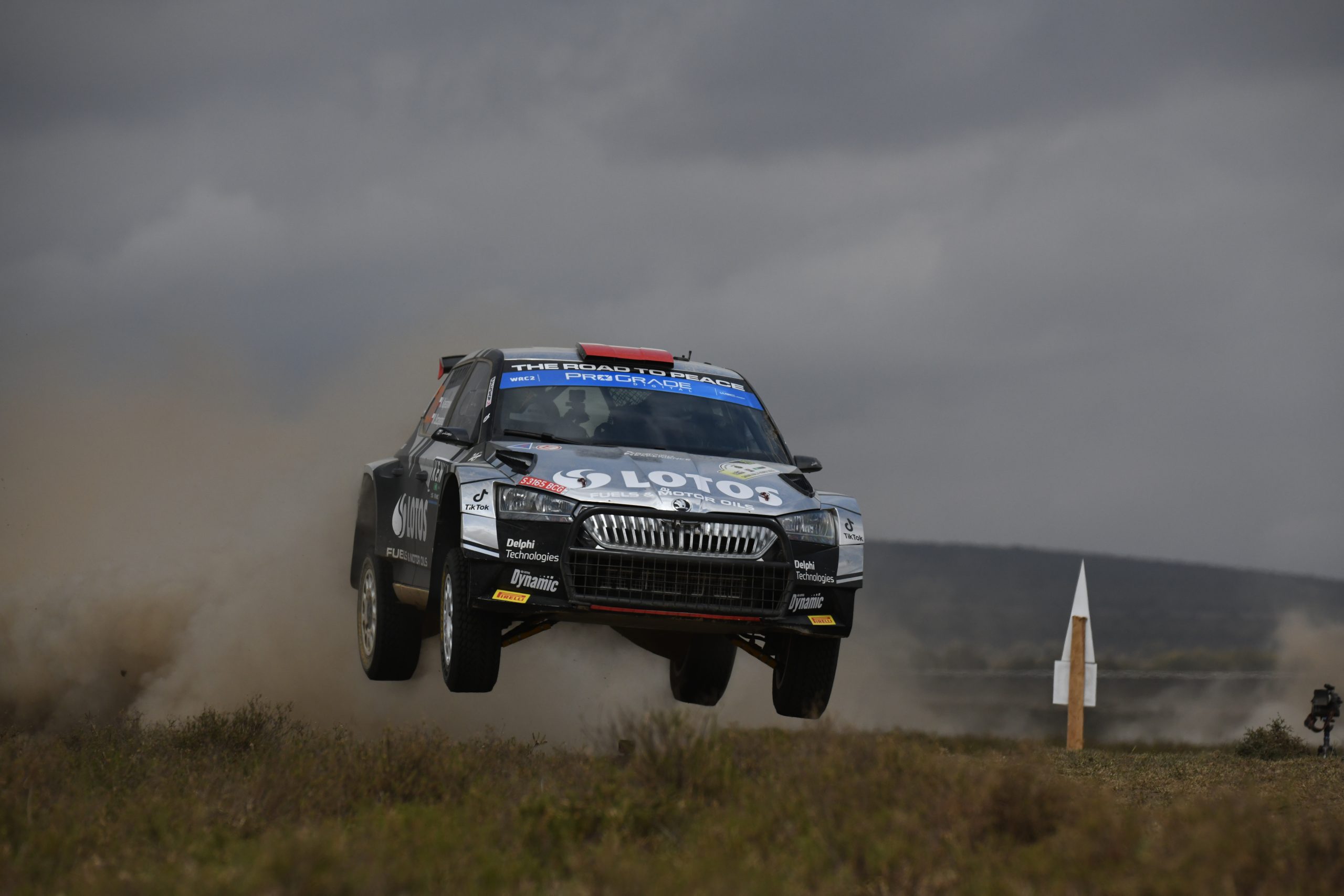 Extreme conditions in Safari Rally: Kajetanowicz in the lead!

Safari Rally is regarded as the most difficult World Rally Championship counter for a good reason. The Kenyan event is famous for the toughest and most exhausting conditions on the stages. This year’s edition is no different: the crews struggle with dust, sand, deep ruts and stones – with no time to rest. Kajetan Kajetanowicz and Maciej Szczepaniak finished today’s leg in great style, winning four special stages in the WRC2 category and finishing the remaining tests in runners-up position. They lead the standings, with one minute in hand over second-placed crew!

Kajetanowicz and Szczepaniak completed the opening loop in great style, extending their lead to almost one minute. As predicted, second runs of rough stages were very exciting and had more to do with survival rather than direct competition. Many drivers in top Rally1 category suffered from various problems: eight-times champion Sébastien Ogier changed a punctured wheel, nine-times champion Sébastien Ogier had to retire after car failure. Martin Prokop, one of Kajto’s rivals in WRC2, did not reach the finish line, either. The LOTOS Rally Team crew did an excellent job, avoided serious problems and won another two special stages, finishing the final test with second-fastest time. They have over one minute and 13 seconds in hand over Johnston and Kihurani.

– Friday might have been short but nevertheless it was a demanding day. We lead the rally and of course we are happy but particularly the final stage showed us how much time you can lose. Basically all crews experienced some problems there, so did we. Our overheating engine stalled, we stopped for a while on the stage but we managed to continue and finish the test with second-fastest time. It is a really difficult rally, even on the straights you can hit some ruts and stones, which must be avoided. I have never driven such heavy car, with high suspension set-up. i am happy but in my opinion Friday was merely a wam-up ahead of Saturday, which will present even bigger challenge. For sure I will do my best to stay focused and to maintain our consistent pace. We have to keep our concentration, so it is very important to recover well today

Saturday is the longest day of the competition, with 134.90 kilometres – starting with Soysambu (29.32 kms). Afterwards the crews move to Elmenteita (15,08 km) and Sleeping Warrior (23.05 kms) tests. The second loop consists of the same set of stages.