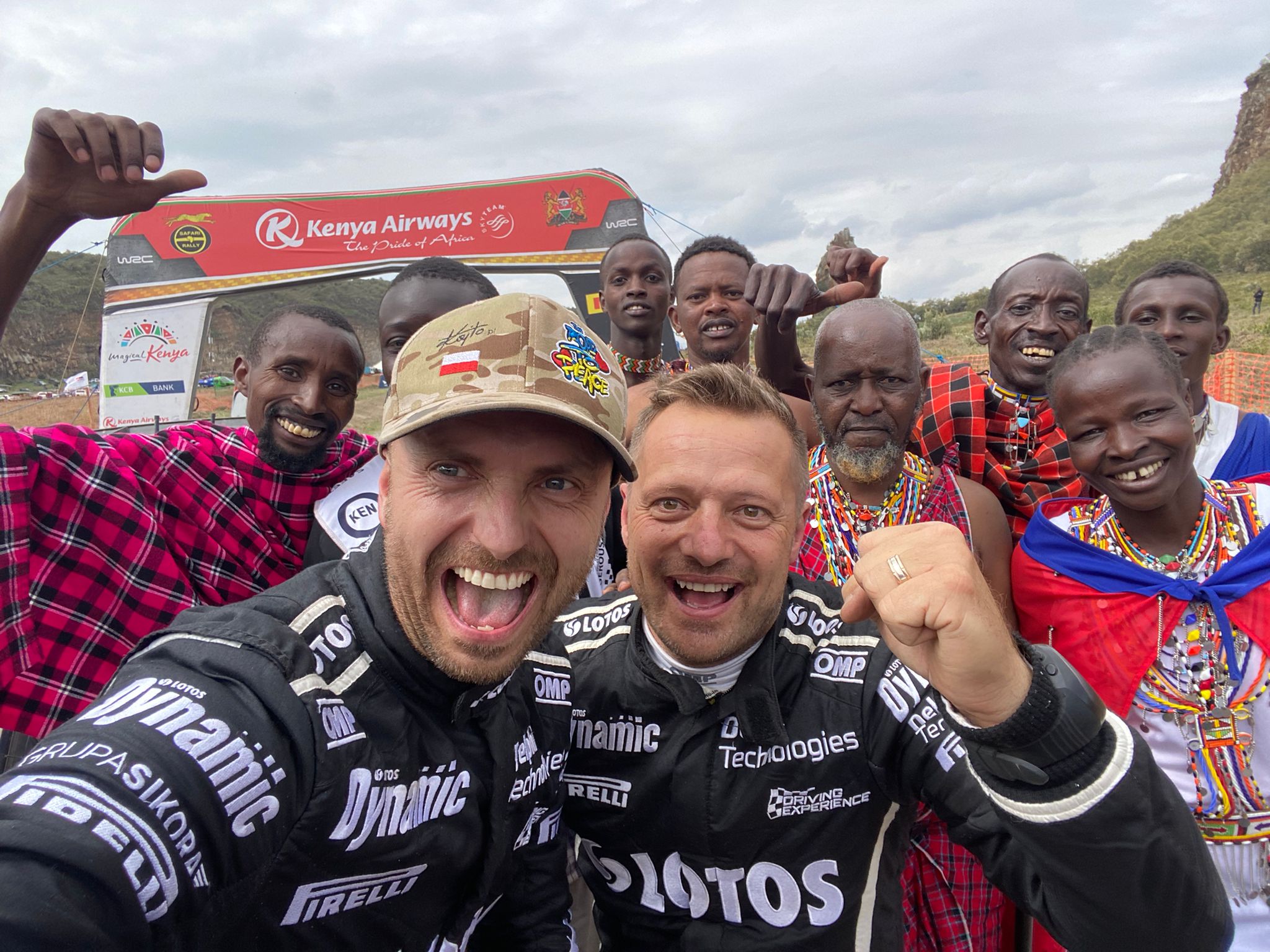 Fantastic victory for Kajetanowicz and Szczepaniak in Safari Rally, the Polish duo claim the lead in the WRC2 standings

Remarkable day for the Polish fans: Kajetan Kajetanowicz and Maciej Szczepaniak after brilliant performance win Safari Rally in the WRC2 category, claiming also ninth position in the overall standings! Only crews in stronger Rally1 cars finished ahead of them. Thanks to victory in this iconic and demanding round, with maximum bonus points scored for setting the fastest time on the Power Stage, the LOTOS Rally Team crew take the lead in World Rally Championship WRC2 category*!

Twelve stage wins, over 19 minutes in hand at the finish line. Kajetan Kajetanowicz and Maciej Szczepaniak dominated the WRC2 category in their first outing in Safari Rally. The Polish duo claimed their seventh consecutive top-three spot in the World Rally Championship and thanks to scoring maximum amount of points, they take the lead in the WRC2 standings.

Kajetanowicz fulfilled his dream, taking part in the most difficult rally in the world. Last year Sobiesław Zasada – then 91 years old Polish rally legend – participated in Safari Rally but unfortunately he had to retire within finish line in his sight. After this remarkable feat, Kajetanowicz promised him to try and finish this extremely demanding event for him. He did it in great style, topping his category with almost twenty minutes advantage over the nearest rivals.

– I have never been so proud and happy after finishing the rally! Not only because we won Safari Rally but above all I am very pleased that we made it to the finish. Throughout my whole career I have never had a chance to compete in such difficult and changeable conditions. Yes, definitely it has been the most difficult rally I have ever driven. We were not defeated by our rivals but first and foremost by these extreme conditions – which in my opinion were the toughest opponent. I want to thank Maciek and the whole LOTOS Rally Team which has worked for this success well ahead of the event and maintained full concentration right until the end. Thanks also to my fabulous partners – without them it would not have been possible to compete in Kenya. This victory is for my family, our supporters and Sobiesław Zasada. I am glad to be able to say: – Mr Sobiesław, I kept my word, mission accomplished!

Kajetan Kajetanowicz, despite competing in just three rounds this season, takes the lead in the WRC2 category, having scored 66 points. Yohan Rossel is in second position, with 63 points, followed by Nikolay Gryazin (52 points) and Andreas Mikkelsen (51 points). Top five is completed by Chris Ingram (44 points) – all rivals with four rallies contested so far.
Starts of Kajetan Kajetanowicz are supported by strategic partner of the LOTOS Rally Team – Grupa LOTOS, technical partner Delphi Technologies, as well as Pirelli, SJS Driving Experience and Grupa Sikora.

* according to unofficial results