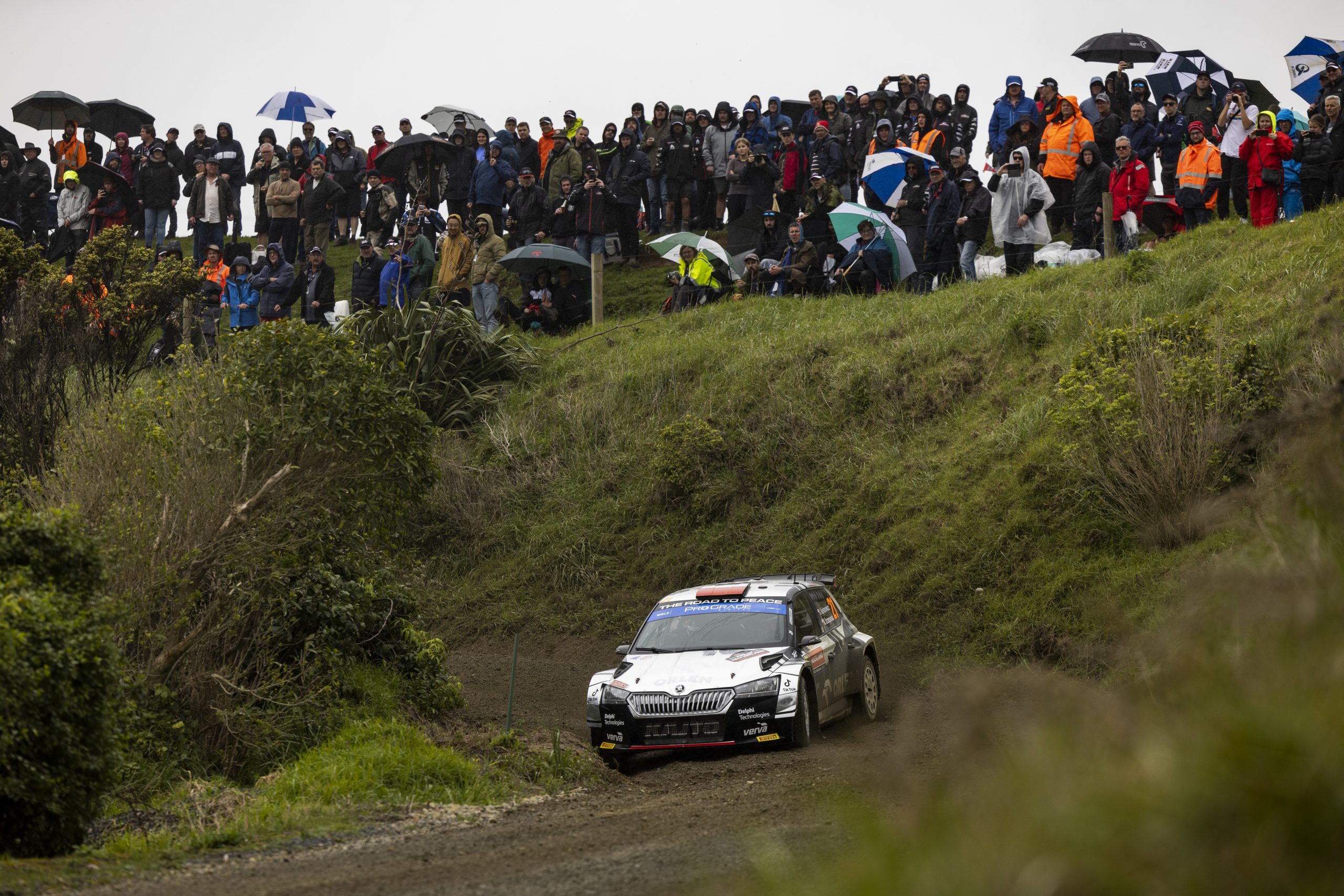 The ORLEN Rally Team crew continue their performance in Rally New Zealand with good and consistent pace, holding second position in the WRC2 standings! Kajetan Kajetanowicz, who competes in this event for the first time, defended successfully against local drivers and extended his advantage over the rest of the field. The Polish driver, co-driven by Maciej Szczepaniak, is on course for a solid haul of points which help him in his quest for this year’s championship title!

– Saturday’s leg of Rally New Zealand is already behind us. It was raining almost all the time, so there was even more mud on the road than yesterday. Sometimes it felt like we were driving on ice. We did a good job in these conditions and I am pleased about it. I am happy because the whole ORLEN Rally Team do their best. I think that together with Maciek we’re also doing well in the car. However, we cannot lose our focus. Sunday’s leg is quite short but for sure it will be very demanding. There are four special stages, including the Power Stage with bonus points to score. We have to stay focused right until the end. I believe we will do it and leave New Zealand with smiles on our faces

For the final day the organisers have prepared two runs of two stages: SS14/SS16 Whitford Forest-Te Maraunga Waiho (8.82 kms) and SS15/SS17Jacks Ridge (6.77 kms) – with additional points awarded to top crews on the last one, run as Power Stage. This leg starts shortly after midnight European time and ends at around 5:00 CET on Sunday morning.