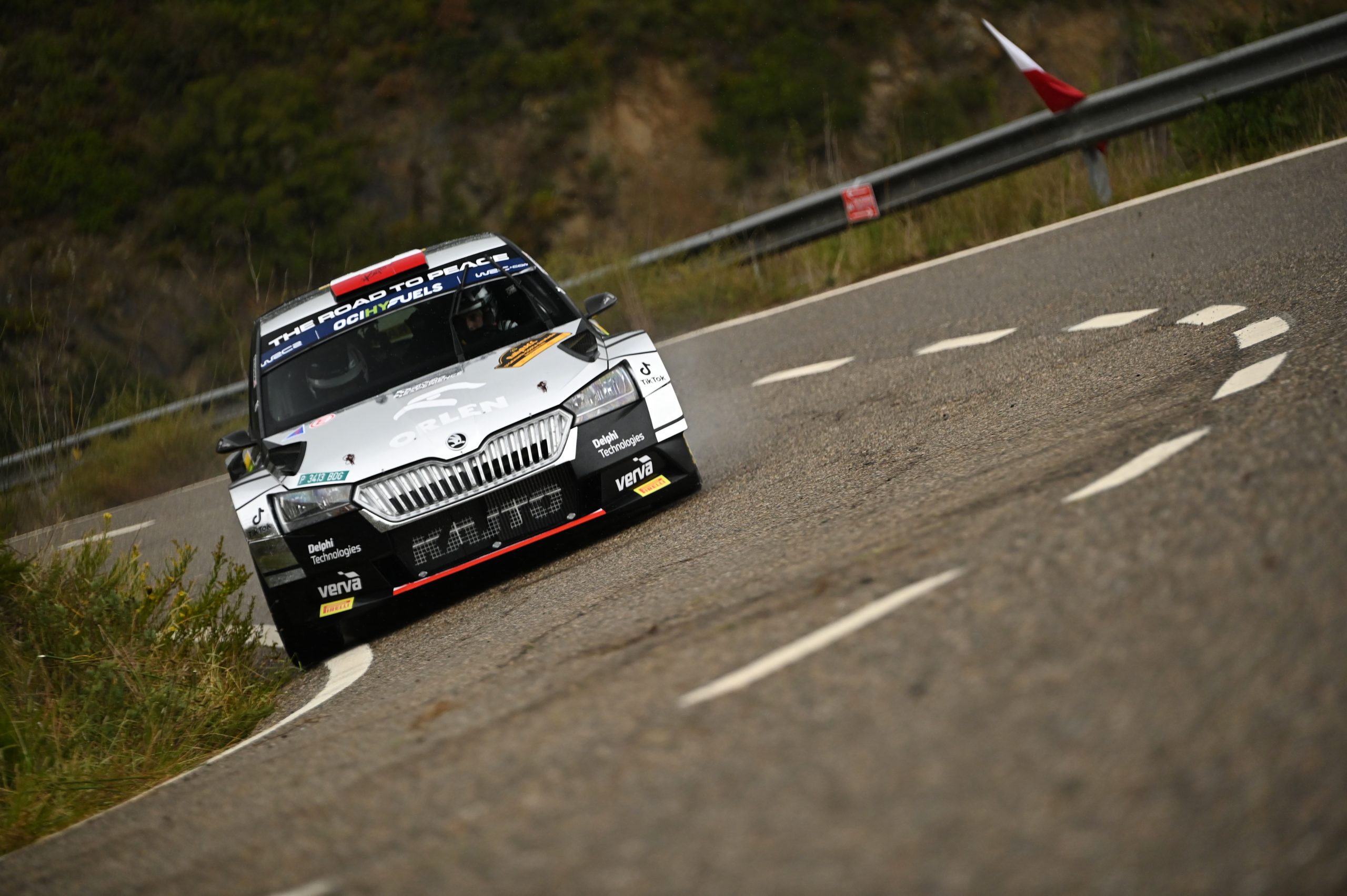 The ORLEN Rally Team crew hold second position in the 2022 WRC2 standings and fight for more points, which would move them closer to the championship title. They started Rally Catalunya de España with cautious and consistent pace. After four special stages they hold eighth position, with narrow gap to the leaders. What is important, they managed to avoid major mistakes which could have caused serious time loss. However, some of their rivals did not enjoy a clean run: for example Emil Lindholm and Reeta Hämäläinen suffered a puncture on the second test, losing almost one minute to the stage winners.

– On the first Friday’s loop basically every crew did not manage to choose the perfect tyres. You had to find a compromise and we all know that rally and compromise do not go hand in hand. I have not competed on asphalt for a long time so it wouldn’t be a good idea to take risks in these difficult conditions, without good feeling. I am still searching for a proper rhythm but I remain positive because I know that we are able to drive a lot faster. We introduced a few changes during the service break and we will see what they bring. I start the second loop with a smile on my face