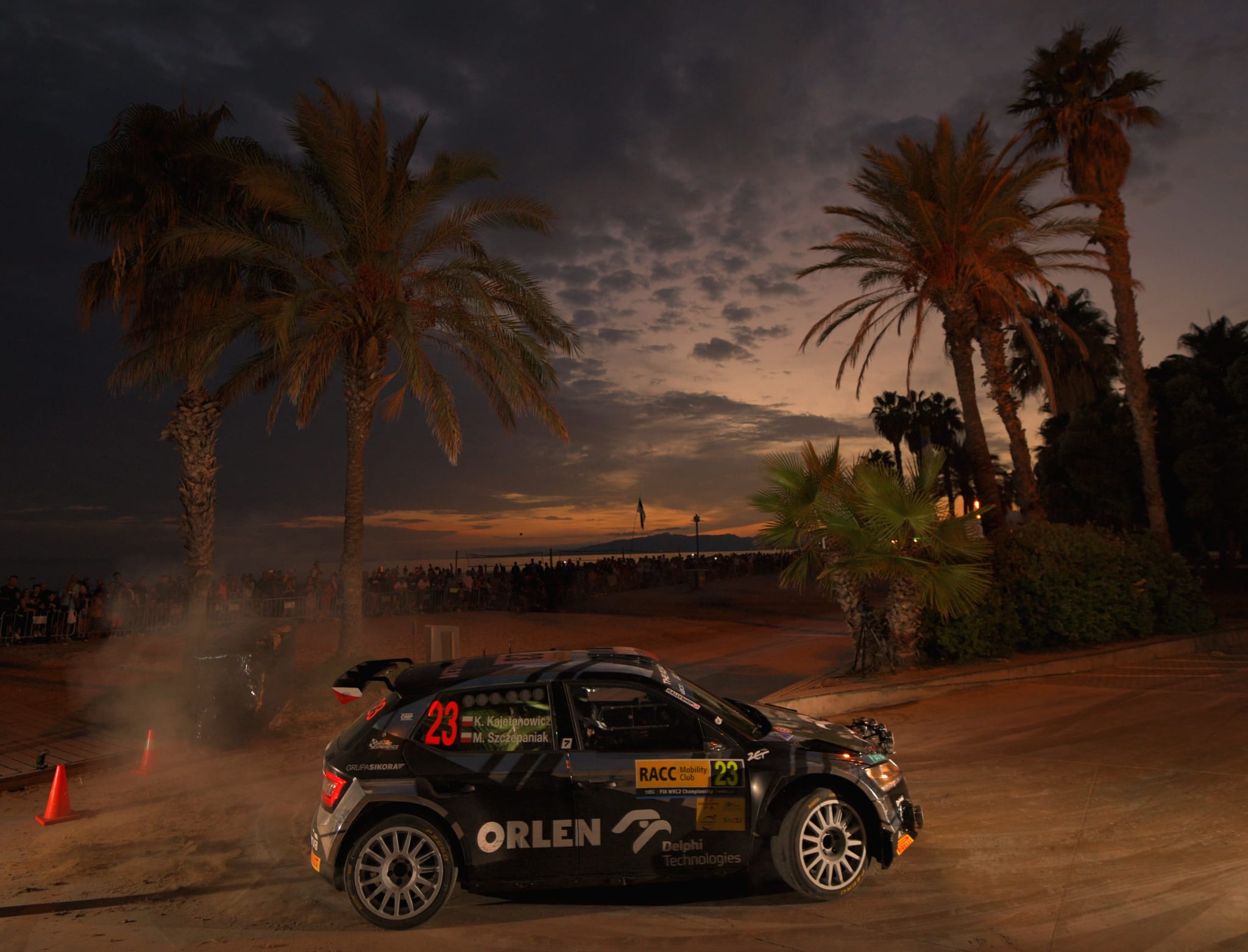 Kajetan Kajetanowicz and Maciej Szczepaniak have completed a successful second loop today, setting fourth- and fifth-fastest times at the finish of Saturday’s leg of Rally Catalunya de España. The ORLEN Rally Team crew gained a couple of positions and moved up into sixth place in the WRC2 standings ahead of the final day. There are still two runs of two stages to go – including an extremely important Power Stage Riudecaynes. This 15.90-kms test, with additional points available for top stage times, will bring the penultimate round of the 2022 World Rally Championship to an end.

The afternoon loop of Saturday’s leg consisted of four special stages. The crews started with the second run of Savallà (13.93 kms), where the Polish duo set eighth-fastest time. The following stage, Querol-Les Pobles (20.19 kms), was stopped due to a crash of Sarrazin/Renucci. Kajetanowicz and Szczepaniak arrived at the scene and rushed to assist their rivals. Fortunately, as the French driver confirmed in social media, the crew was okay. On the next two stages the ORLEN Rally Team crew set fifth- and fourth-fastest times. After fifteen special stages Kajetanowicz and Szczepaniak hold sixth position in the WRC2 standings, led by the Finnish duo Suninen/Markkula.

– We have completed the second, very long day of Rally Catalunya de España. I am happy, we are doing our job, improving the pace and hoping for the same tomorrow. Now it’s time for Sunday’s leg – much shorter but very demanding. It ends with the Power Stage and for sure we will try to score more points there. Stay with us, keep your fingers crossed and we will fight!