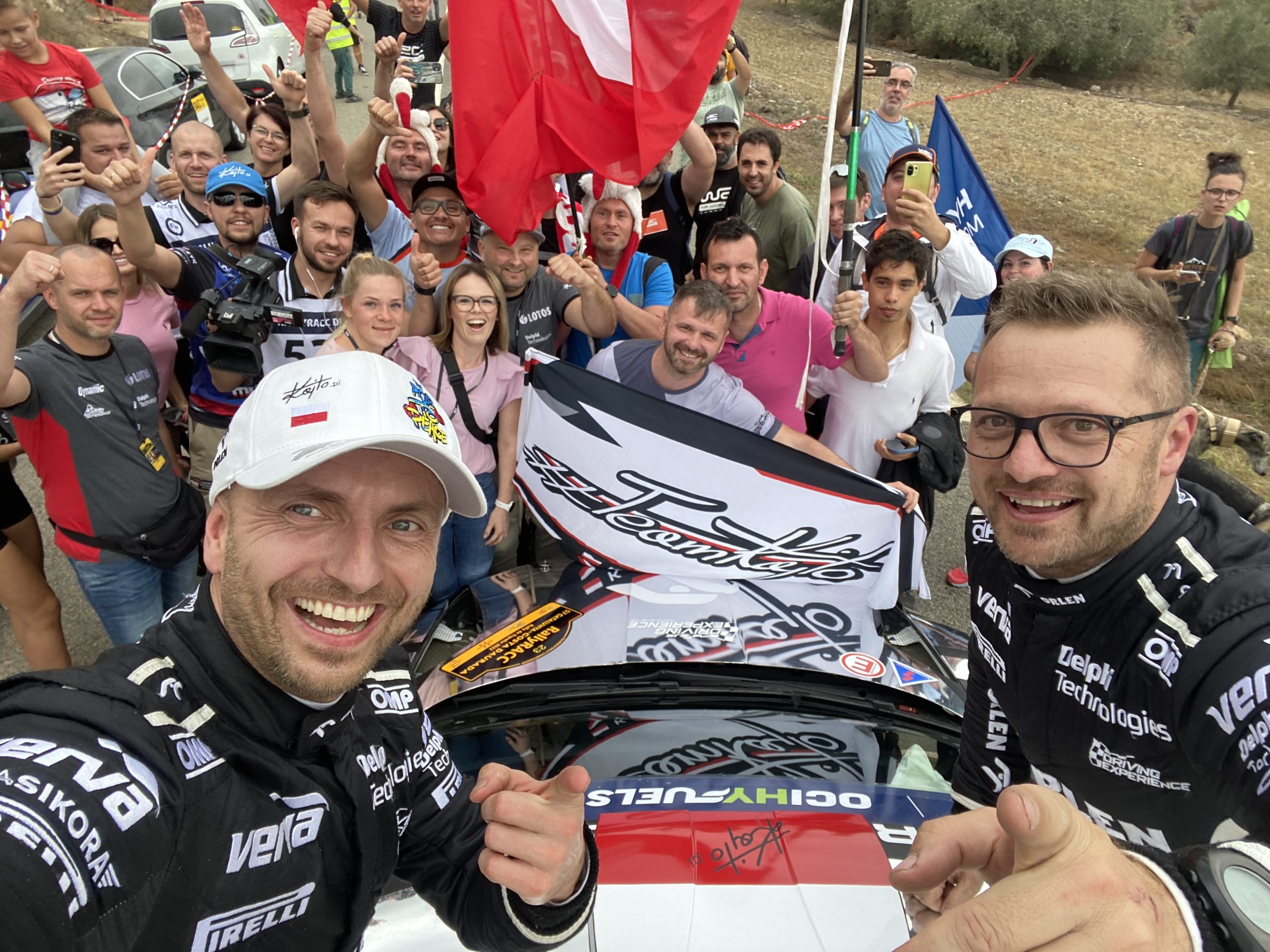 Kajetanowicz and Szczepaniak in top three of the WRC2 standings, fight for the title continues in Japan

Kajetan Kajetanowicz and Maciej Szczepaniak finish Rally Catalunya de España in sixth position in the WRC2 category, scoring more valuable points in the championship standings. They remain in second position, closing the gap to the leaders to just five points. The most important episode in their battle for the title is still ahead but according to unofficial results the ORLEN Rally Team crew can already celebrate their fourth consecutive top-three finish in the World Rally Championship!

Kajetanowicz and Szczepaniak maintain a really good pace this season. They reached the finish line in every rally, beginning with runners-up spot in Croatia and adding another second-place finish in Portugal. Afterwards they won an extremely tough Safari Rally in their first outing there. The Polish crew claimed fifth position in Estonia and brought plenty of points from the other side of the world, scoring another second place in New Zealand. The 2022 season comes to an end on 10-13 November in Japan – twelve years after previous visit of the WRC field in this country. However, the Polish duo can already celebrate their fourth consecutive top-three finish in the World Rally Championship standings.

– We finish Rally Catalunya de España with important points in our pocket. It was an amazing and challenging adventure, a really tough rally from many points of view – but we leave Spain with a result which gives us our fourth consecutive top-three finish in the World Rally Championship. It seemed quite unrealistic at the beginning of the season, with so many factory rivals in two categories that had been merged into one. It’s good but it’s still not the end. In Japan, where we head in two weeks’ time, we will see if we can count on the title. It’s another journey into unknown but there is a great fighting spirit within our ORLEN Rally Team. For sure I won’t struggle for motivation, having this fantastic team, faithful fans, excellent supporters and loving family! This is our common success, achieved together – stay with us right until the finish line – just as you’re with us right now. Many thanks for this!