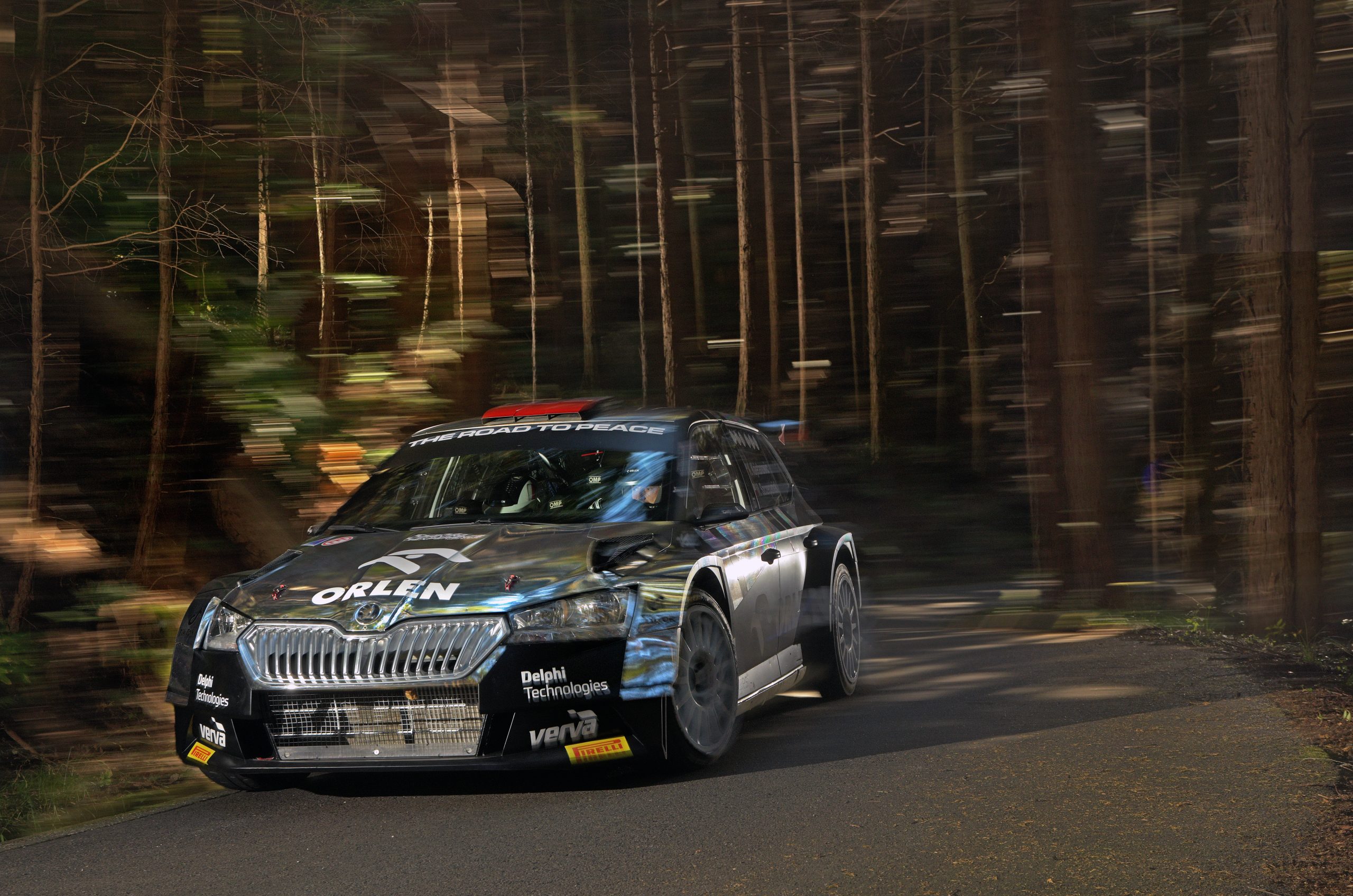 Kajetanowicz and Szczepaniak fight for the championship title, time for Rally Japan!

The final round of the 2022 World Rally Championship season gets underway on Thursday. Rally Japan returns to the series after 12 years – this time as an asphalt event. Kajetan Kajetanowicz and Maciej Szczepaniak fight for the WRC2 title, having already claimed a top-three finish in this category. They will do their best in the championship quest!

Kajetanowicz and Szczepaniak have been competing for this year’s WRC2 title for eight months. Their campaign started in Croatia, with runners-up spot – followed by another second place in Portugal and spectacular victory in Safari Rally. After finishing fifth in Estonia, Kajto added one more second position, in New Zealand. Sixth place in Catalunya brought more important points ahead of the season’s showdown. The Polish driver has scored 104 points so far – exactly the same amount as Emil Lindholm from Finland, who also competes in Japan. The championship leader Andreas Mikkelsen scored 109 points but he used his maximum allowed quota of seven rallies and he’s not contesting the final round of the season.

– We are in Japan, where the final round of this year’s World Rally Championship takes place. This is another overseas event in our 2022 schedule. It is a completely new rally, entirely new – not only for us. Last time, twelve years ago, it was contested on gravel. Of course local drivers know these roads very well but we are in the fight for the title, so we pay attention to our rivals who participate in the championship on regular basis. We hold third position among over 120 classified crews, with another top-three finish already secured – so our basic goal has been achieved. However, we will do our best and fight for more, as we always do. Stay with us!

– Kajetan Kajetanowicz, the ORLEN Rally Team driver, said ahead of the rally.

Saturday’s leg consists of Nukata Forest (20.56 kms) and Lake Mikawako (14.74 kms), which will be contested in both loops. The first one ends with Shinshiro City test (7.08 kms), while the second loop is completed with two runs of a short Okazaki City test (1.40 kms). Sunday starts with Asahi Kougen (7.52 kms) stage which will be also run at the end of the rally as a Power Stage, with additional points on offer. The crews will also contest Nenoue Plateau test (11.60 kms) and two passes of Ena City (21.59 kms).