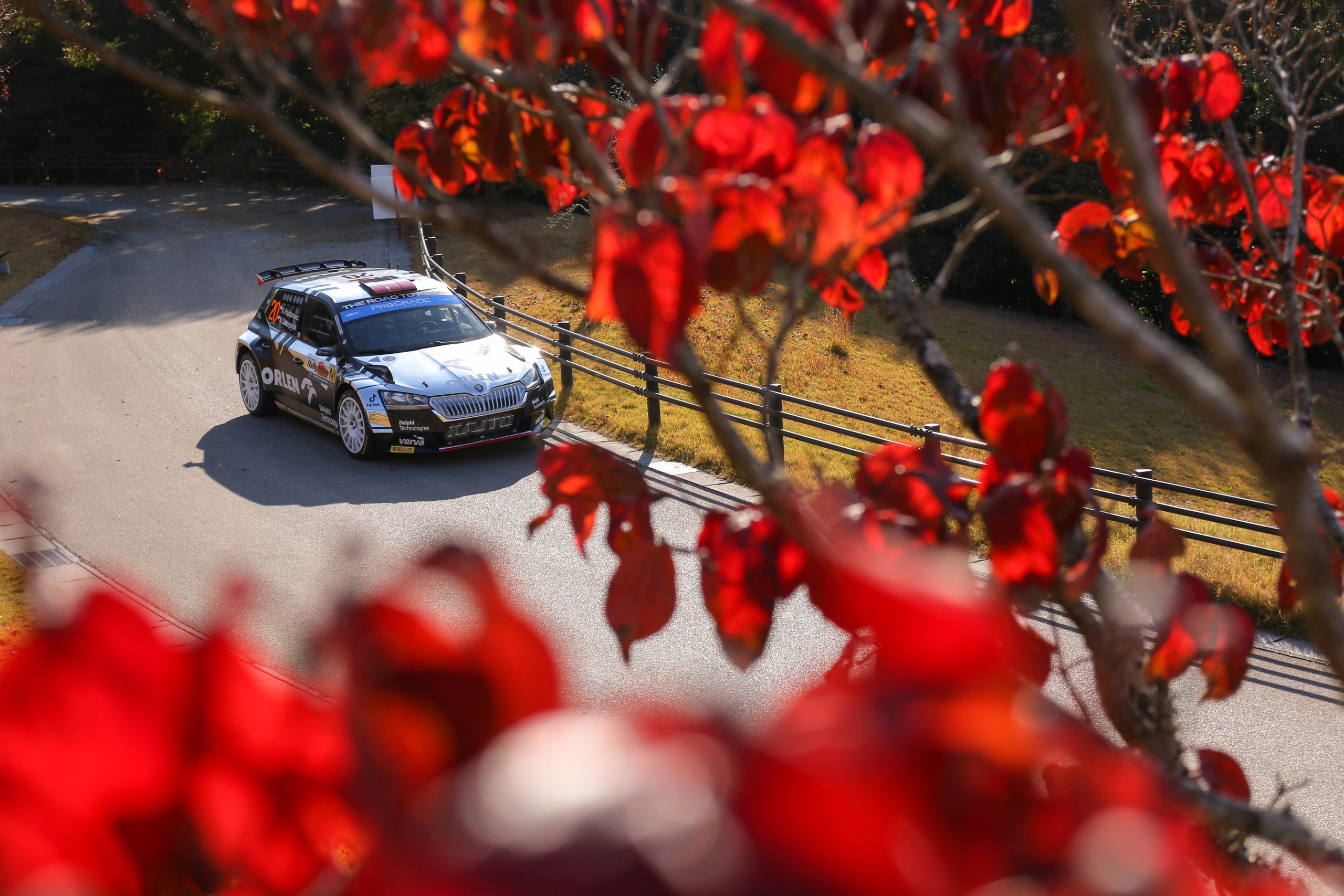 Competing in the final round of the 2022 World Rally Championship, Kajetan Kajetanowicz and Maciej Szczepaniak had already secured a top-three finish in the WRC2 championship. The Polish crew held third position and picked up the gauntlet – fighting for the title which still remained within their reach. The ORLEN Rally Team crew have prepared themselves well for this event, which returned to the WRC calendar after 12 years’ break. Unfortunately, in their quest for victory they went off the road on Friday, damaging their car.

The first run of Isegami’s Tunnel stage brought plenty of drama. Eight-time world champion Sébastien Ogier lost over two minutes and Dani Sordo’s car caught fire and burnt down. Unfortunately, Kajetan Kajetanowicz joined the unlucky list. Co-driven by Maciej Szczepaniak, the Polish driver damaged his car after sixteen kilometres of the stage. The damage was too severe to continue.

The ORLEN Rally Team crew started their 2022 campaign started in Croatia, with runners-up spot – followed by another second place in Portugal and spectacular victory in Safari Rally. After finishing fifth in Estonia, Kajto added one more second position, in New Zealand. Sixth place in Catalunya brought more important points ahead of the season’s showdown – securing yet another top-three finish in the WRC2 championship standings. Kajetan and Maciej are the only competitors in the field who claimed a top-three position for the fourth time in a row!

– Ahead of Rally Japan I perfectly knew that there would be no room for calculations and we would have to take slightly bigger risk right from the beginning. This was our approach to the Friday’s opening test, which turned out to be our last stage of this – nonetheless very successful – season. We damaged our car after sixteen kilometres and it was not possible to rejoin the competition. I guess it has never been so difficult to say “this is rally”. I am disappointed but at the same time proud of my team, as we did a fantastic job this year. Nobody can take it away from us – and nobody can deprive us of our fourth consecutive top-three finish in the World Rally Championship standings. Just as David, we challenged Goliath – fighting against the best competitors in the world, against factory crews. We know that we come back home with our shield. I want to thank our supporters and partners for this season – just like me, you enjoyed and got excited with every kilometre of the competition. We would not be here without you. I also thank my family for continuous support and understanding. This is a very difficult situation but my love for rallies stays strong. As long as this feeling boosts me to fight, I will start every special stage with full motivation