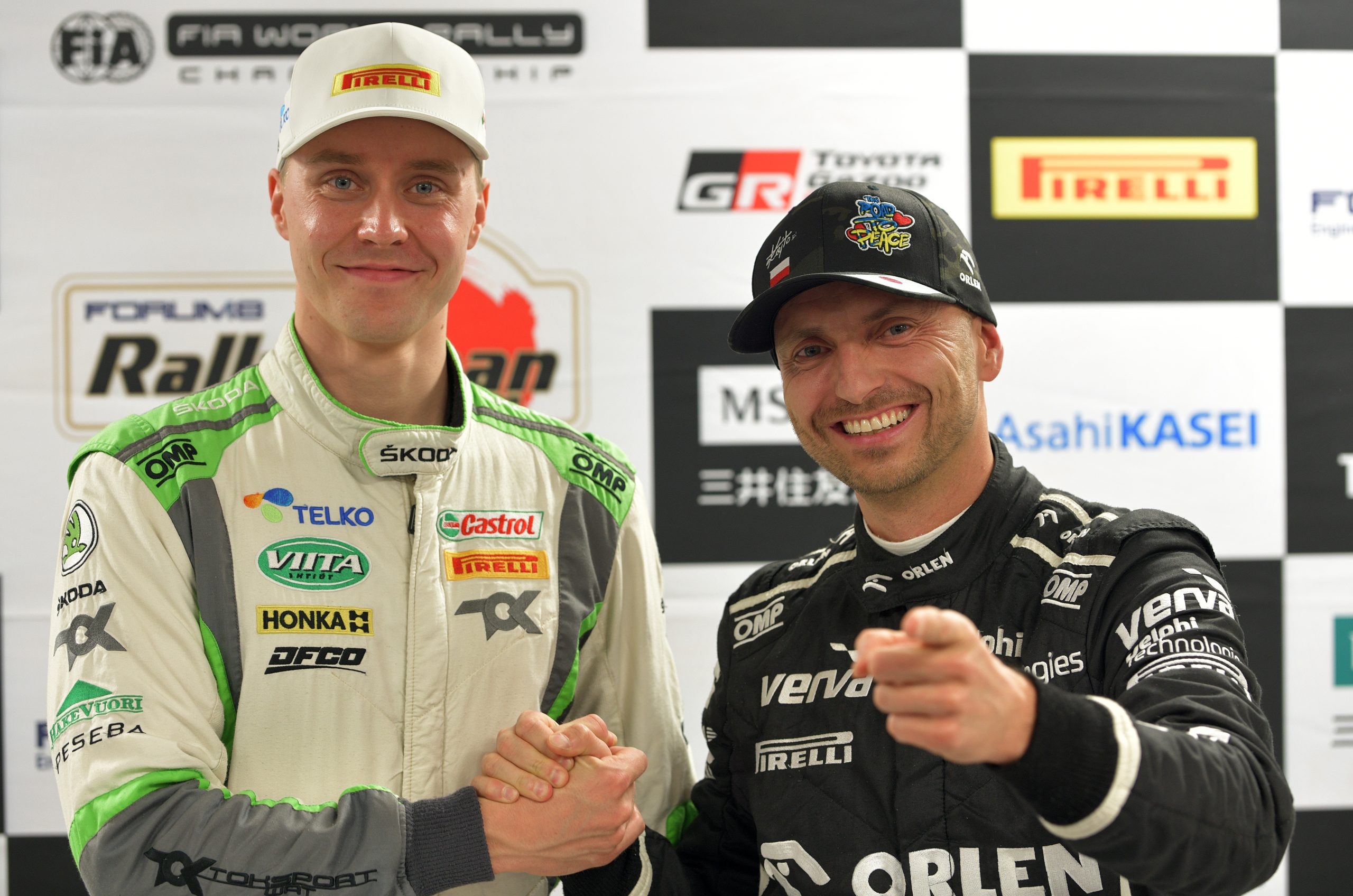 Kajetanowicz and Szczepaniak with fourth consecutive top-three finish in the World Rally Championship!

Kajetan Kajetanowicz and Maciej Szczepaniak finished the 2022 World Rally Championship season in third position in the WRC2 category – with fourth consecutive top-three spot for the ORLEN Rally Team crew, having claimed podium finishes in 2019, 2020 and 2021 campaigns. However, this year’s success means a lot more to them, as they had to defeat almost 130 crews, classified in the largest field in the whole championship.

Ahead of Rally Japan, the final round of the 2022 World Rally Championship, Kajetan Kajetanowicz and his co-driver Maciej Szczepaniak had already secured a top-three finish in their category. They worked hard for this success, with excellent performance in the most difficult rallies in the world: winning an extremely tough Safari Rally in their first outing there, claiming runners-up spots in Croatia, Portugal and New Zealand, adding fifth position in Estonia. Sixth place and important points scored in Catalunya gave them another top-three finish in the championship and a chance to fight for the title in the showdown in the Land of the Rising Sun.

In order to claim the title, the ORLEN Rally Team crew had to take risks right from the word go, putting aside any calculations before tackling twisty and treacherous asphalt stages of Rally Japan, which made its comeback to the WRC calendar after 12 years’ break. Unfortunately, after sixteen kilometres of the first test on Friday, Isegami’s Tunnel 1, the Polish crew crashed out and were unable to continue. Thierry Neuville and Martijn Wydaeghe won the rally in the overall standings, while the laurels in the WRC2 category went to Grégoire Munster and Louis Louka. Chief rivals of Kajetanowicz in his championship quest, Emil Lindholm and Reeta Hämäläinen, finished the rally in third position, claiming the WRC2 title. Second place in the 2022 title race went to former champions, Andreas Mikkelsen and Torstein Eriksen.

This year’s success is a unique achievement for Kajetanowicz and Szczepaniak. The WRC government body decided to merge two categories, WRC2 and WRC3, into WRC2 Open – the largest category in the whole field. The ORLEN Rally Team competed against almost 130 crews classified in the championship standings, including factory teams. It was the fifth season in the World Rally Championship for the Polish duo, with four consecutive top-three finishes: second position i 2019 (WRC2), third in 2020 (WRC3), second in 2021 (WRC3) and third in 2022 (WRC2).

– I am proud of our ORLEN Rally Team. Together with RaceSeven, they did an excellent, titanic work. We fought right until the end, claiming yet another, fourth consecutive top-three finish in the final standings of the World Rally Championship. With two categories merged into one, we competed against really powerful opponents. We accepted this challenge, finishing the campaign as top privateer team – with only two factory crews ahead and some more behind us. I can honestly admit that at the beginning of the year, being aware of the quality of the field, a top-three finish was just a dream – and we managed to achieve this. Although the end of our campaign was difficult for us, the season as a whole has been fantastic