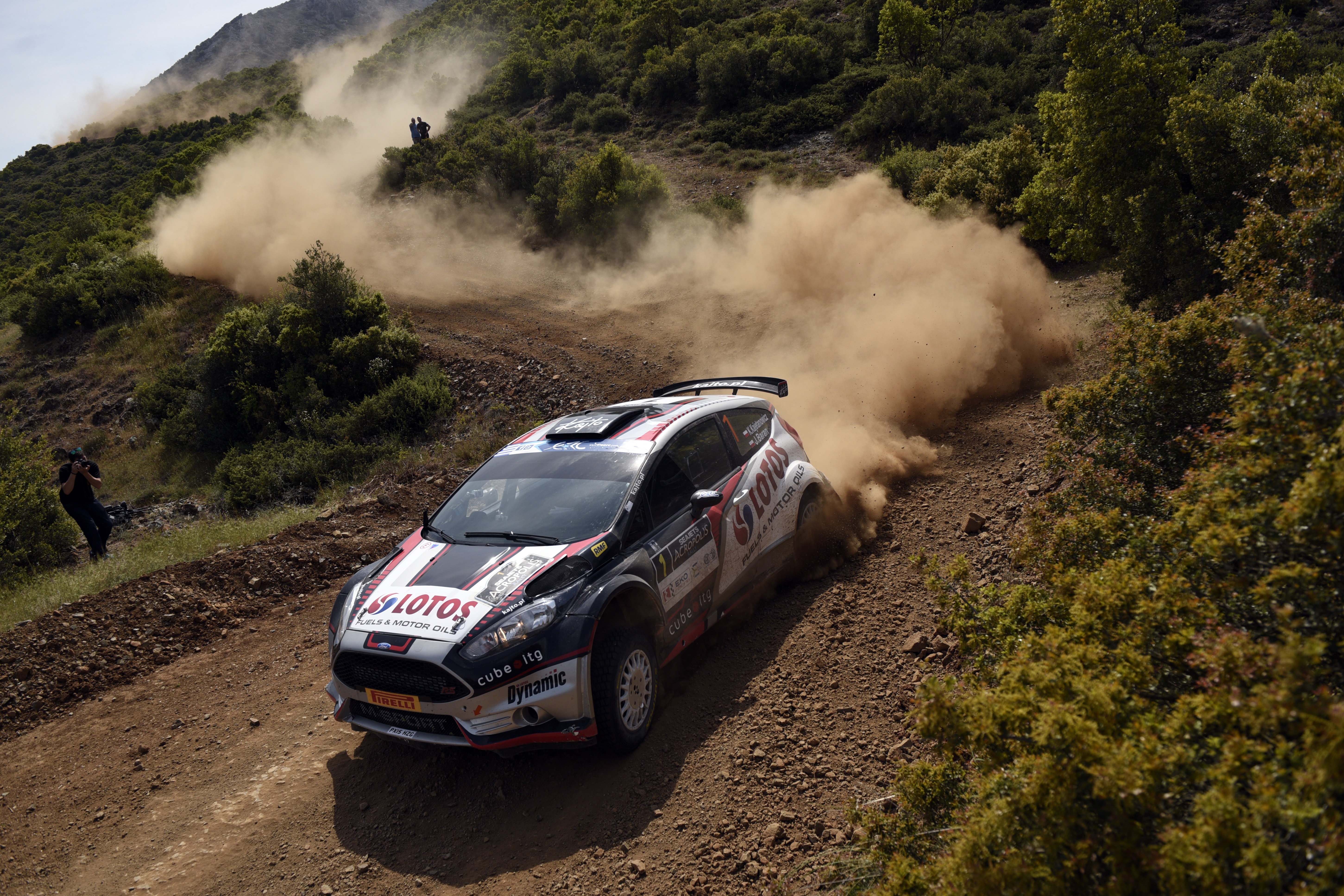 Is there any better place for the FIA European Rally Champion’s debut in the FIA World Rally Championship than his home round? Kajetan Kajetanowicz, thanks to the support of Grupa LOTOS, CUBE.ITG and Driving Experience, will contest a WRC round for the first time in his native Poland, in Mikołajki. Triple winner of the second-oldest rally in the world, after famous Rallye Monte Carlo, will drive a Ford Fiesta R5 in 73rd Rally Poland.

Kajetanowicz contested Rally Poland for the last time in 2013, when in extremely tough conditions, on roads drenched with torrential rain, he won in beautiful style, sealing his fourth Polish Rally Championship title. Kajto has another two victories on Masurian gravel under his belt. For two times in a row, in 2010 and 2011, he used a Subaru Impreza to defeat Polish and European frontrunners, competing in far more advanced S2000 cars.

The organisers of Rally Poland prepared 22 special stages this year, totalling 317 competitive kilometres. No less than 33% of this distance comprise of roads which were not used in 2014 and 2015.

The LOTOS Rally Team crew will contest the biggest and most prestigious event in Polish motorsport in WRC 2 category, for competitors using RC2 class cars (R5 or S2000) – just like for example Ford Fiesta R5, which took Kajetanowicz and Baran to the FIA European Rally Championship title in 2015 and to Rally Poland victory in 2013 – when this event was still a part of the European Championship. Among the host of rivals of Kajetanowicz in Rally Poland, we can expect the likes of Elfyn Evans (factory M-Sport driver with almost 50 WRC rounds under his belt), Esapekka Lappi (factory Skoda driver, the 2014 FIA European Rally Champion and Rally Poland 2012 winner) or Pontus Tidemand (factory Skoda driver).

Kajetan Kajetanowicz  Last year, when for the second time in a row I went to Rally Poland as a spectator and TV commentator, I promised myself and the fans that I would do everything in order to take part in the next edition of this event. So it happened [smile]. Thanks to the commitment of our loyal strategic partner Grupa LOTOS and CUBE.ITG and Driving Experience, I got the chance to take part in the World Rally Championship round for the first time – this opportunity is exceptional, as this is our Polish round of the FIA WRC. Although I have over 100 rallies under my belt, I feel a bit nervous before this event. Of course it is a positive feeling which motivates me and the whole LOTOS Rally Team to work hard and to do our best. This year the most important goal for me is to defend the FIA European Championship title and our schedule is stretched to maximum but we can always find some time for outstanding emotions triggered by competing in front of the home crowd. I believe you will be there with us and this belief fuels our preparation to this rally because I want you to feel not only gravel but also shivers down the spine on the stages around Mikołajki [smile]. 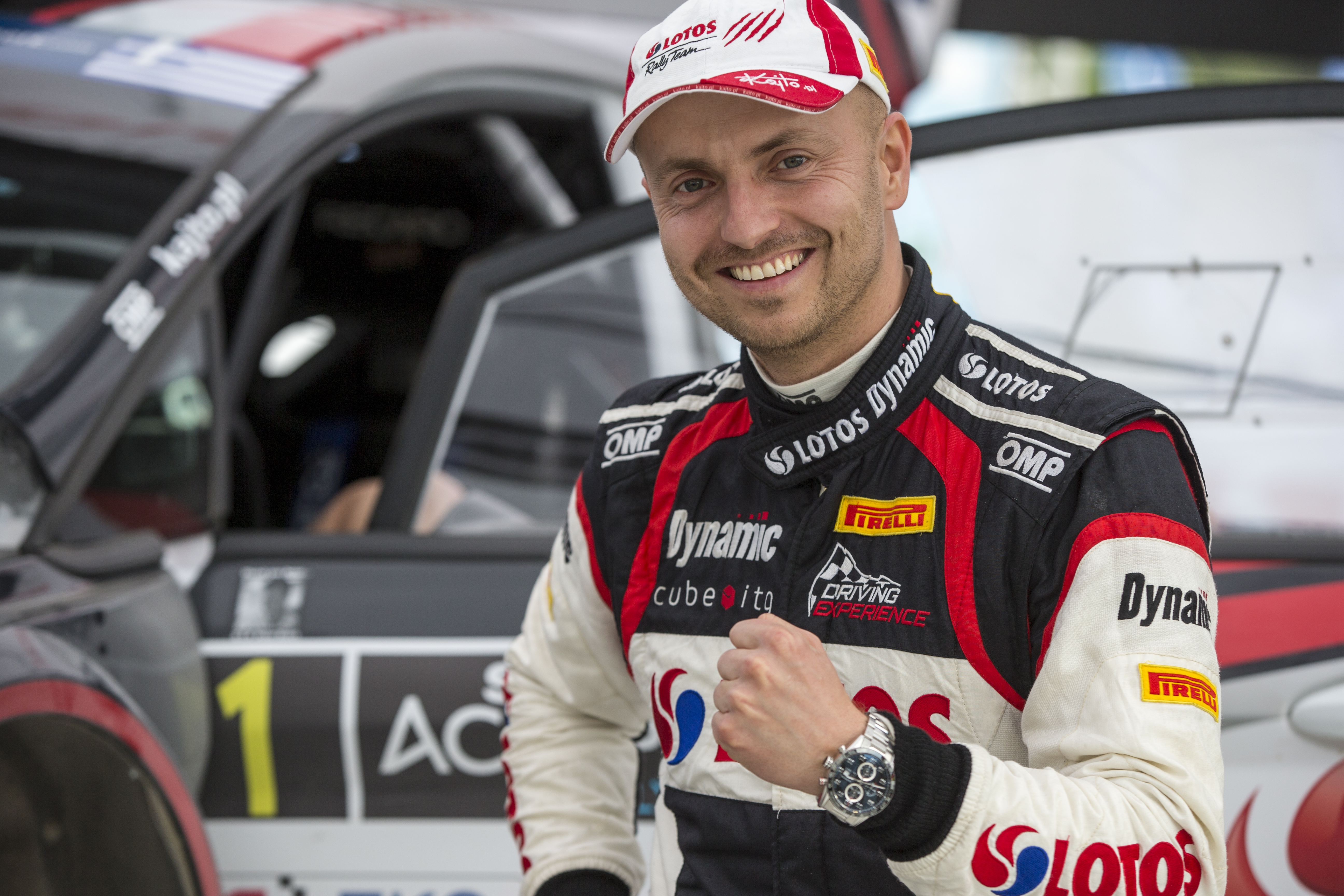 Jowita Twardowska Communication and CSR Director at Grupa LOTOS The decision taken together with the LOTOS Rally Team crew is a gesture towards all motorsport fans. We are very satisfied with the excellent performance displayed by Kajto this season. We are adamant that he will not let his fans down during this outing in Mikołajki. We already keep our fingers crossed for him.