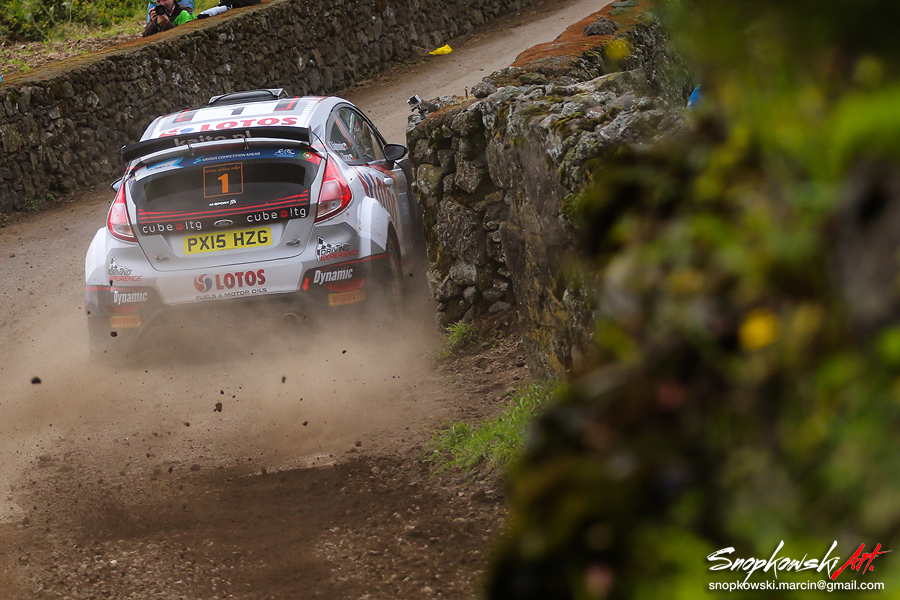 For the last four days the hearts of rally fans in Europe were beating at the highest revs – just like the engines in rally cars of the best European crews which competed in the Azores Airlines Rally since Thursday. The reigning FIA European Rally Champions Kajetan Kajetanowicz and Jarek Baran played one of the main roles in this breathtaking spectacle in the middle of the Atlantic Ocean. After many twists of plot and more than 200 kilometres of fight in thick fog, torrential rain and then bright sunshine, the LOTOS Rally Team crew scored their second podium in a row in the ERC round contested almost 1500 kilometres west of the European coast. 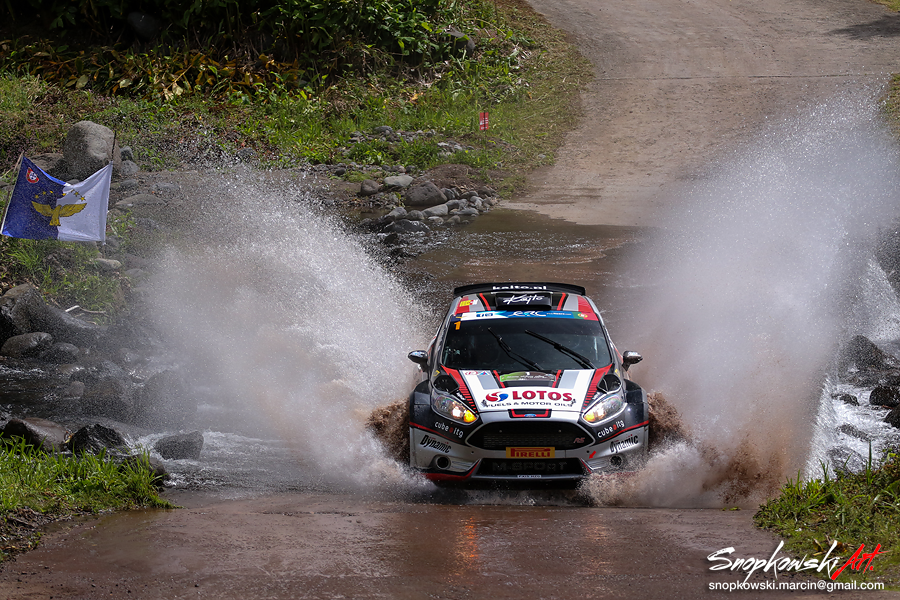 This year some of the most spectacular gravel stages in the world, on volcanic São Miguel Island, were also some of the toughest. This is because of weather, which during 51st edition of this rally was extremely capricious – even by the local standards and the Azores are famous for changeable weather conditions. On the opening day, when it was raining a lot, Kajetanowicz and Baran were the fastest crew. The second day was dominated by thick fog, so in many places Kajto and Jarek had to drive almost blindfolded on narrow and damp gravel stages. They did it efficiently enough, ending the leg just 9.8 seconds adrift of the leaders and with healthy advantage over the rest of the field. On the final day the Polish crew did not lose neither their vigour nor their efficiency, despite driving through the opening three stages without front-wheel drive, after right-front driveshaft had snapped under braking. Thanks to the advantage of few minutes and heroic fight for every fraction of second, the LOTOS Rally Team crew retained their position among the frontrunners and finished the rally in third position. The Portuguese event is the 12th consecutive FIA ERC round in which Kajetanowicz and Baran score points.

On their way to the second podium in a row in the Azores, Kajto and Jarek led the rally for over half of the distance (9 out of 16 special stages). On four stages out of 16 Kajto and Jarek went fastest and they finished another six in top three of the overall standings. The Polish crew scored 21 precious points on São Miguel Island, defending their lead in the FIA European Rally Championship classification. 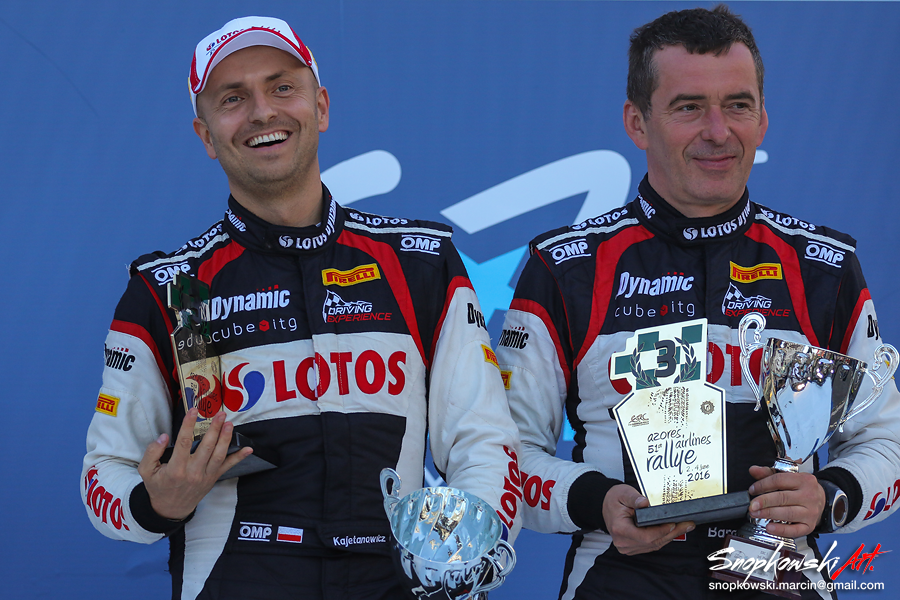 Kajetan Kajetanowicz When at the beginning of the year I said that this season would be even more difficult that the previous one, even I was wondering if this approach wasn’t too cautious. However, my experience made me feel that in such unpredictable discipline as rallies you never can take anything for granted, you have to work hard in order to achieve the goals and sometimes you have also to count on some luck. This season reminds us about it and at the same time proves that work brings results. Of course it is not easy to remain optimistic in difficult moments our Championship lead, all points scored and stages won have full and distinctive taste. There is one more precious thing we get: knowledge that the LOTOS Rally Team is stronger again and ready to tackle even bigger challenges.

Jarek Baran  Mixed conditions, strong competitors and sudden twists of plot – this is a successful recipe for rally thriller in the Azores. Today I missed driving in fog a bit because yesterday’s Feteiras stage proved that such extreme conditions were favourable for us. It was an extremely exciting weekend.

Final standings of the 51st Azores Airlines Rallye – round 4 of the 2016 FIA ERC:

The FIA ERC standings after the Azores Airlines Rallye: