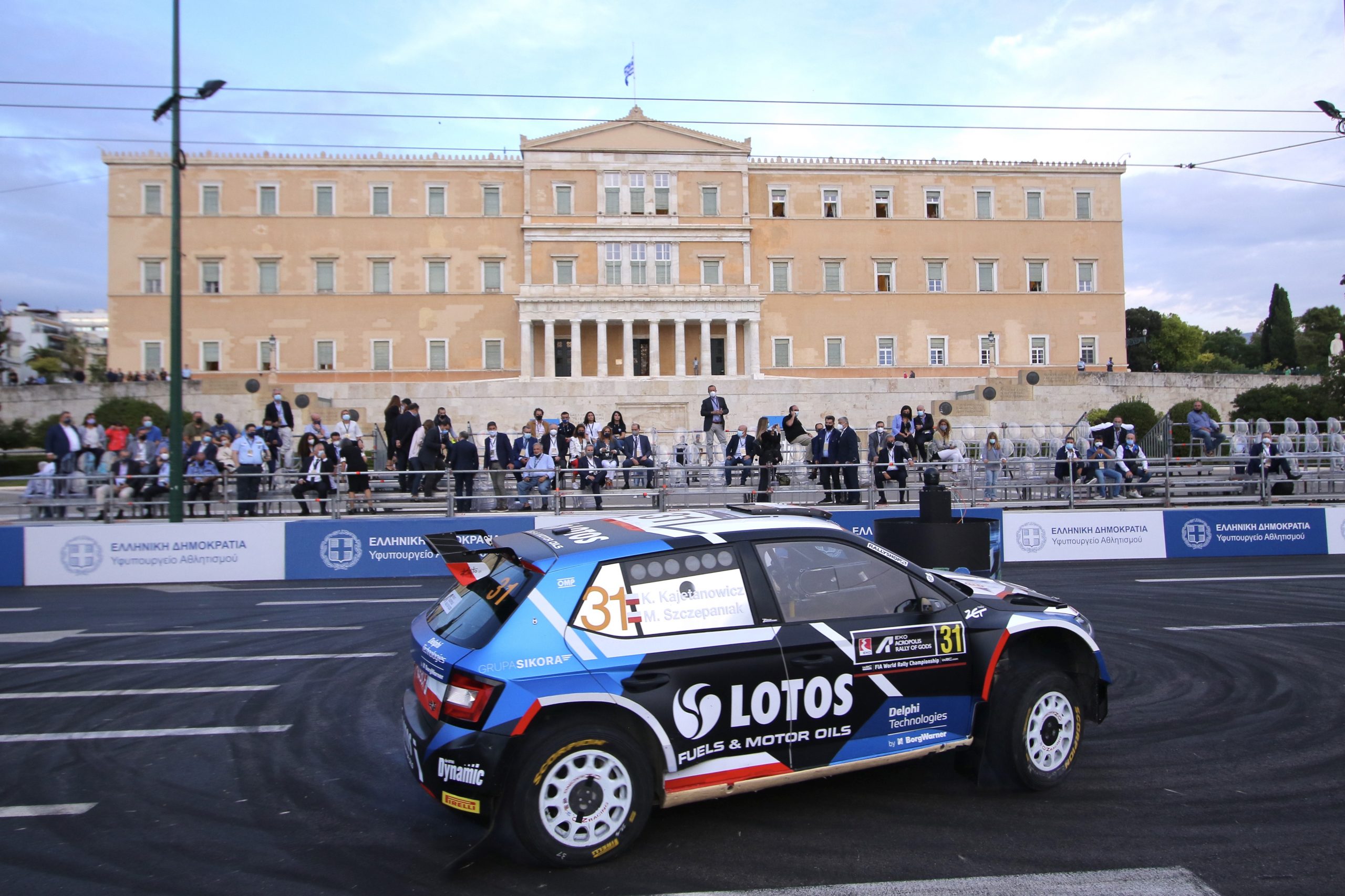 Acropolis Rally: Kajetanowicz and Szczepaniak lead after the opening stage!

Kajetan Kajetanowicz and Maciej Szczepaniak, representing the LOTOS Rally Team, began the fight in Acropolis Rally in great style. The Polish crew won the first stage in the WRC-3 category, setting ninth-fastest time in the overall standings! The weather improved in the afternoon, so plenty of fans gathered on the streets of Athens, where the opening test took place. Round nine out of twelve is underway, so the 2021 World Rally Championship season has entered its crucial phase.

Acropolis Rally, known also as the “Rally of Gods”, started with a city stage in Athens. This test, less than one kilometre long, was run entirely on asphalt, while the crews competed in cars with gravel set-up, ready for competition on loose surface which takes place tomorrow. Kajetanowicz and Szczepaniak excelled in these conditions, winning their category and setting ninth-fastest time in the overall standings: behind six WRC and two WRC-2 cars.

– We have won the opening stage of Acropolis Rally, starting the competition on a high note. The atmosphere is really fantastic here. Thousands of rally fans gathered along the short stage in the centre of Athens for sure motivated us to push even harder. However, the real competition starts tomorrow, in the mountains – and we would like to do great job there as well

On Friday there are five special stages to complete: two runs of Aghii Theodori (17.54 kms) and single runs of Loutraki (19.40 kms), Thiva (23.27 kms) and Elatia (11.65 kms). The biggest challenge on Friday is lack of service zone. The crews will have to cope with any potential problems without outside assistance.