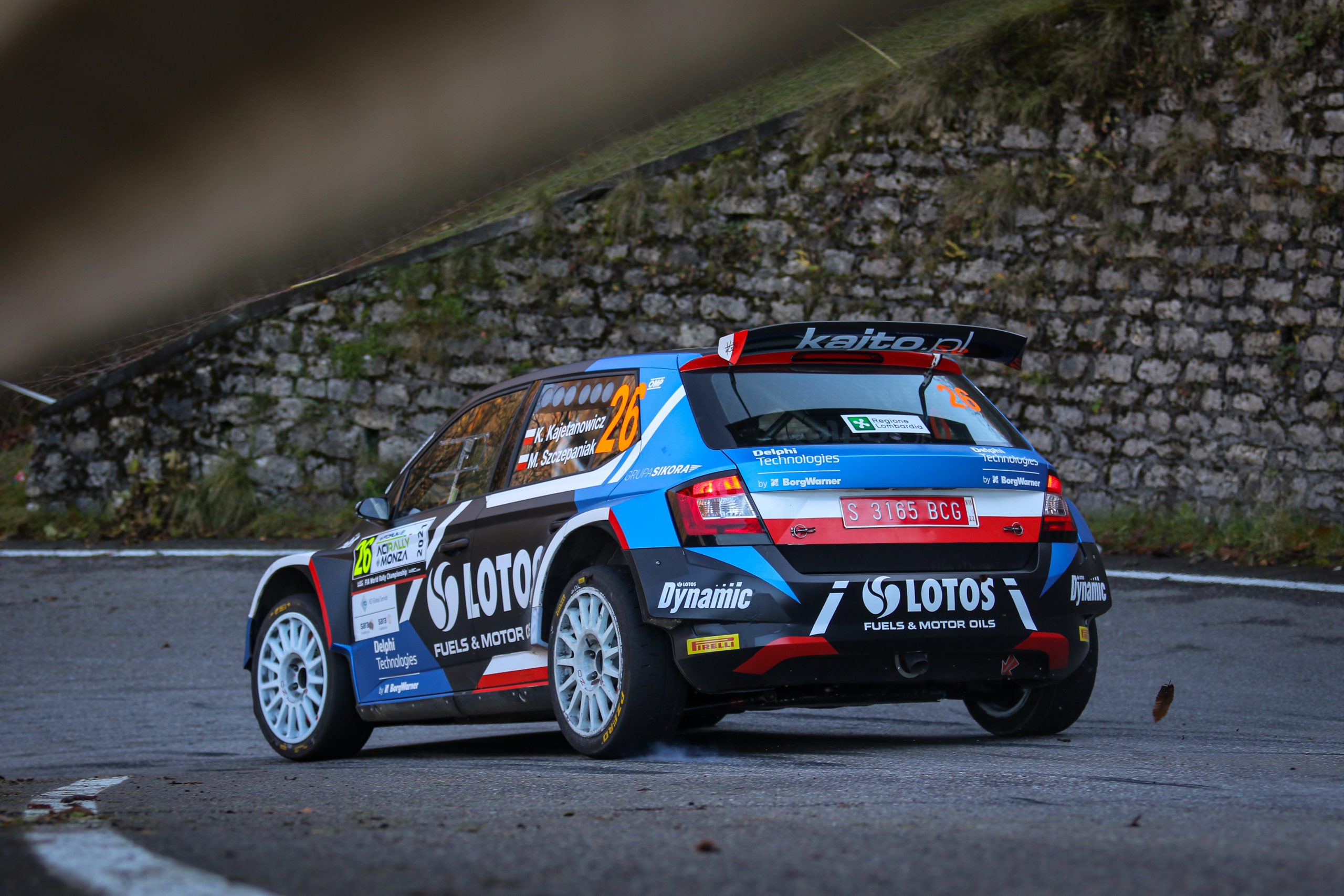 Kajetan Kajetanowicz has completed a fantastic second loop of Saturday’s leg of Rally Monza! The LOTOS Rally Team driver, co-driven by Maciej Szczepaniak, performed brilliantly on both runs of Sottozero stage (14.39 kms) and closed the gap to his main rival by almost 20 seconds. Following this excellent performance on the Formula 1 circuit, Kajto trails the French crew by just 2.6 seconds!

In the afternoon the crews competed on the iconic Monza circuit, on special stage Sottozero. Kajetanowicz and Szczepaniak impressed right from the beginning, beating all crews in Rally2 cars on the first pass and finishing the test only behind top WRC cars. They maintained good form on the second run, gaining more seconds against their championship rivals. After today’s leg they hold third position in the WRC-3 standings, just 2.6 seconds behind Rossel and Renucci.

– We have a fantastic battle! This is a great satisfaction not only for us but above all for our fans who have turned up here in huge numbers – and for those who supports us at their homes. At the end of the day we can be happy with our performance although it was really hard at the beginning. I was pushing in the morning but the stage times did not reflect mu good feeling inside the car. Many factors influenced this situation. I am happy that we managed to recover and to make up almost everything on the circuit and tomorrow this competition is set to be even more exciting for me and the whole LOTOS Rally Team. We have another three stages to go and they will decide the outcome of this year’s world championship fight. I am looking forward to push until the final metres of the season!

The final leg of Rally Monza also takes place on the Formula 1 circuit. The competition starts with Grand Prix 2 stage (10.29 kms), which starts at 7:48 CET. Afterwards the crews will complete two runs of Serraglio test (14,62 kms, at 10:08 and 12:18 CET) – with second pass run as the Power Stage, with bonus points for top-five crews.