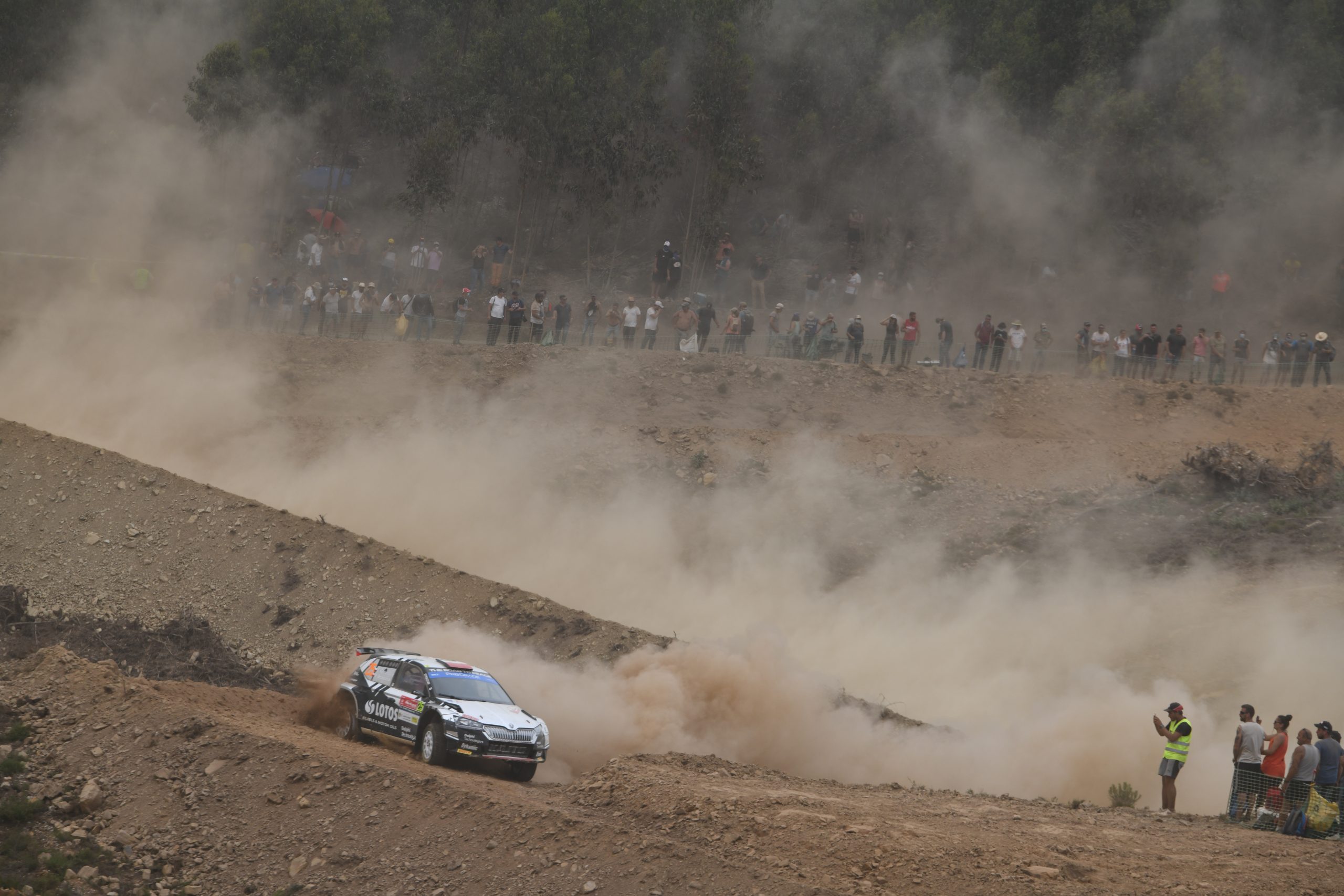 First day of Rally de Portugal, round four of the World Rally Championship, is done and dusted. Kajetan Kajetanowicz and Maciej Szczepaniak did a great job on today’s stages, finishing five tests in top three, with two second-fastest times and a stage win on the final trial. The LOTOS Rally Team crew fight with the frontrunners, despite some bad luck and significant time loss behind car running ahead on the road.

Friday’s leg consisted of eight special stages without a service break. It meant that the crews had to complete over 120 competitive kilometres with no outside assistance. This was a tough challenge, as the Portuguese roads are famous for difficult technical sections, littered with huge rocks which may easily cause punctures and damage the suspension.

Kajetanowicz and Szczepaniak started the day in style, holding third position in the WRC2 standings after three stages – within striking distance in the battle for the lead, despite struggling in thick dust behind the car ahead of them, which caught two punctures. On stage number six they suffered even bigger time loss, when the crew ahead stopped to change their wheel and continued right in front of the Polish duo. The LOTOS Rally Team crew finished the day with a stage win in WRC2 standings on Lousada test, setting an excellent eighth-fastest time in the overall standings – losing out only to Rally1 cars.

– This is a fantastic feeling, being able to compete against the factory drivers. We held our position among the frontrunners, winning one special stage and coming very close to setting the fastest time on another test. We also had some bad luck, which stroke us twice. The crew ahead of us returned after changing their wheel, basically just in front of us. You basically cannot see anything in these conditions, when it’s dry and there is a lot of dust. I hope for time correction, as we should be definitely higher up the order. Tomorrow we face the longest day of the rally, although today we have already spent over 13 hours in the car. This is a really tough challenge, with difficult decisions to take – proper tyre choice and right strategy are the key to success. However, I remain fully motivated and I appreciate every little thing, as during such rally even water has different taste. We are still in the game and for sure we will continue to fight